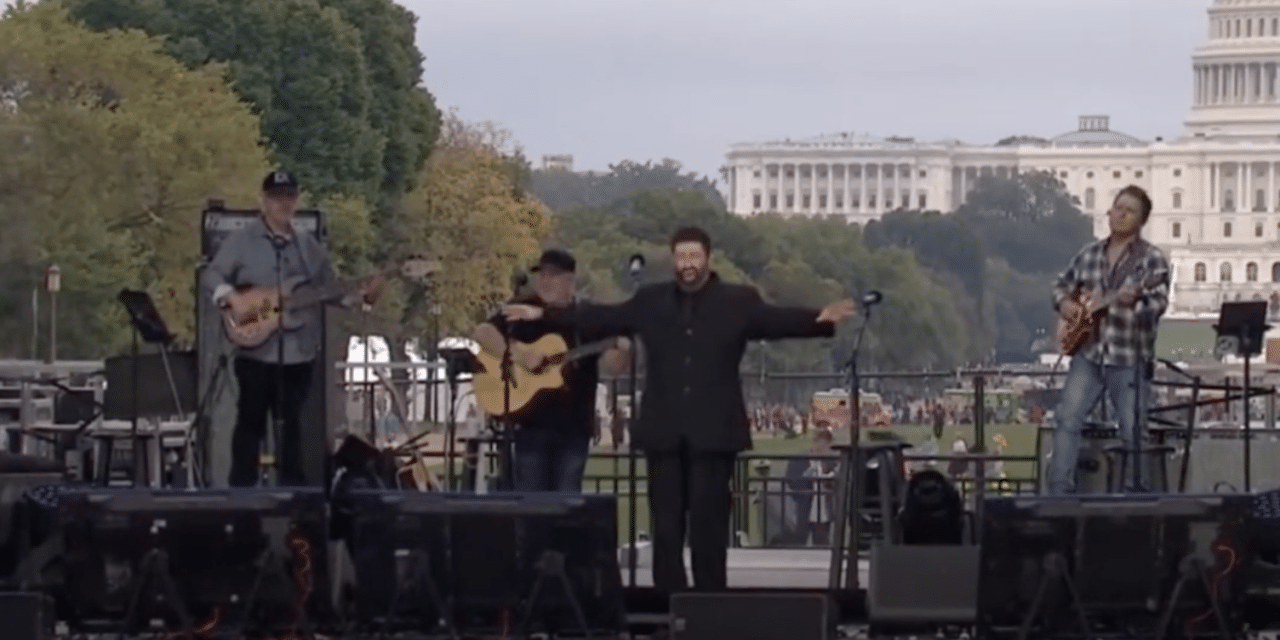 (OPINION) Charisma – Rabbi Jonathan Cahn gave a powerful prophetic message to trumpet “The Return: National and Global Day of Prayer and Repentance” today on the National Mall in Washington, D.C. Making significant correlations between the ancient words of Scripture and present-day circumstances, the bestselling author used the words of the Old Testament prophets to highlight the grievous sins of our nation and the world and how we—individually and collectively—have turned away from Him.

Not only did the trumpets blow as “The Return” began at 9:00 a.m. on Saturday, Sept. 26 before a gathered crowd of thousands, but shofars sounded at various points in Cahn’s message, accentuating the gravity of the biblical solemn assembly as described in Joel 2:15 (NKJV): “Blow the trumpet in Zion, consecrate a fast, proclaim a solemn assembly.”

Just as the people of ancient Israel drove God out and turned their hearts away from Him and toward other gods, Cahn said, we have likewise fallen. “We too have turned away from the God of our foundation, have estranged ourselves from Him,” he said.

“We drove God out of our hearts, out of our government, out of our ways … out of our lives. And as we drove Him out, we opened up a vacuum into which came a flood of other gods: prosperity, comfort, sexual immorality and obsession. We too have become our own god.” READ MORE