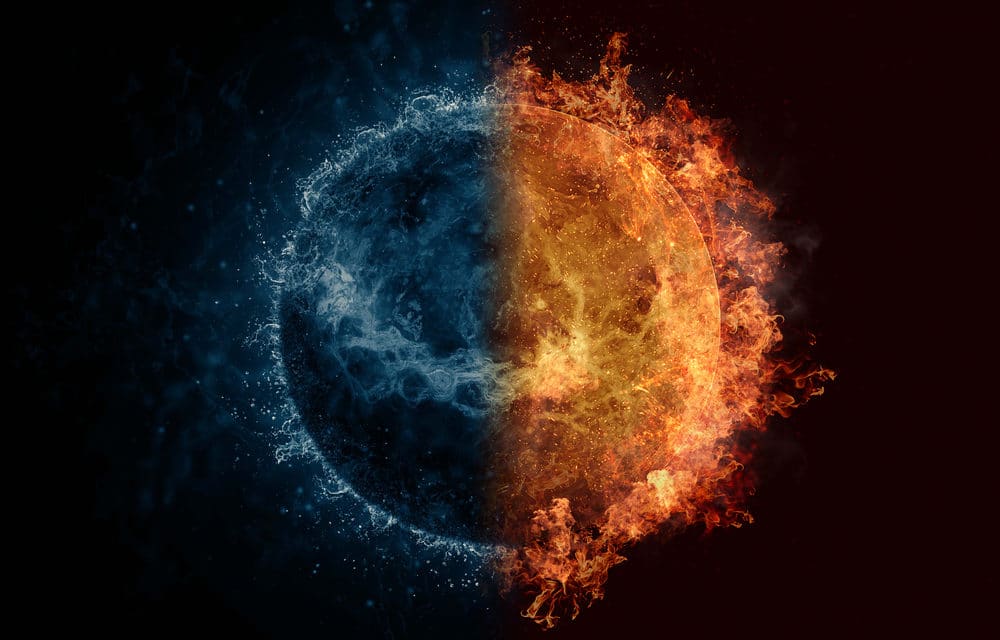 (ETH) – What in the World is going on with the weather? Oh, wait it is 2020 after all. As I am reporting this, Reports are indicating that California’s record-breaking fire season could actually get even much worse in the coming days as powerful winds raise the danger of more fires being triggered while firefighters continue to struggle with destructive conflagrations across the state of California.

There is forecasted Diablo winds or “Devil Winds” for parts of Northern California this week, with Pacific Gas & Electric Co. warning residents that it would shut off power to numerous communities in hopes of avoiding new fires potentially sparked by downed power lines.

These shutdowns have already began on Monday night throughout parts of the North Bay as these powerful winds have picked up. More than 120,000 PG&E customers were without power as of Tuesday morning.  The crazy thing is the fact that the worst of California’s fire season typically doesn’t even strike until October, but the state has already witnessed more than 2 million acres burned, which is now become the largest amount on record.

Top this off with the fact that the state also just experienced the hottest temperature ever recorded in Los Angeles County with temperatures reaching a staggering 121 degrees not to mention other records were shattered throughout the state in various locations. Meanwhile, Denver, Colorado just recorded 32 degrees tying a record set on September 8, 1962, for the earliest freeze on record going back nearly 150 years.

But wait! There’s more! Even colder weather is forecasted for Tuesday night with the first hard freeze of the season making it feel like the second week in December rather than the second week in September. Another record is expected to be shattered on Wednesday because the record low for September 9 in Denver is only 35 degrees from 1898. It’s incredible that we are seeing two major extremes from Heat to Cold happening simultaneously in America.