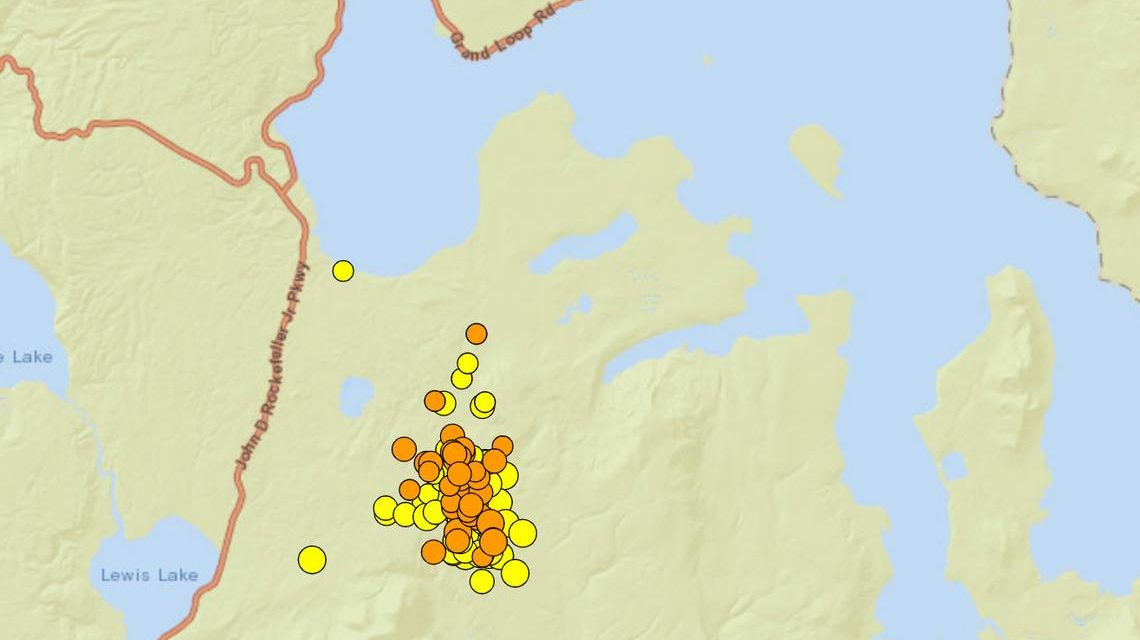 (ETH) – Yellowstone, the home of the killer supervolcano is experiencing an ongoing swarm of 91 earthquakes that have rattled the Yellowstone National Park region in just a span of 24 hours on Thursday.

The USGS stated that the quakes struck southwest of Yellowstone Lake between Heart Lake and West Thumb.  According to the report, this particular area is one of the most seismically active regions in the U.S., but this cluster of quakes “is considered to be on the large side in terms of quantity and magnitude, but stress that they are nowhere near the largest,”

According to Michael Poland, who is a scientist-in-charge at the Yellowstone Volcano Observatory: “Yellowstone has had swarms that include many hundreds of earthquakes in a day,” Poland said.

“For example, there was a 3-month-long swarm that occurred in June-September 2017 with 2,400 located earthquakes and maximum [magnitude] 4.4.” This swarm of quakes never produced a 3.0 magnitude quake and the largest quake was measured at 2.8 magnitude, with the weakest being measured at 0.1 magnitude.

Poland stresses that when earthquakes reach magnitudes between 2.5 and 5.4 that activity is usually felt, with minor resulting damage. This report follows a recent rare earthquake that struck New Jersey and was reportedly felt as far away as Philadelphia and Long Island.