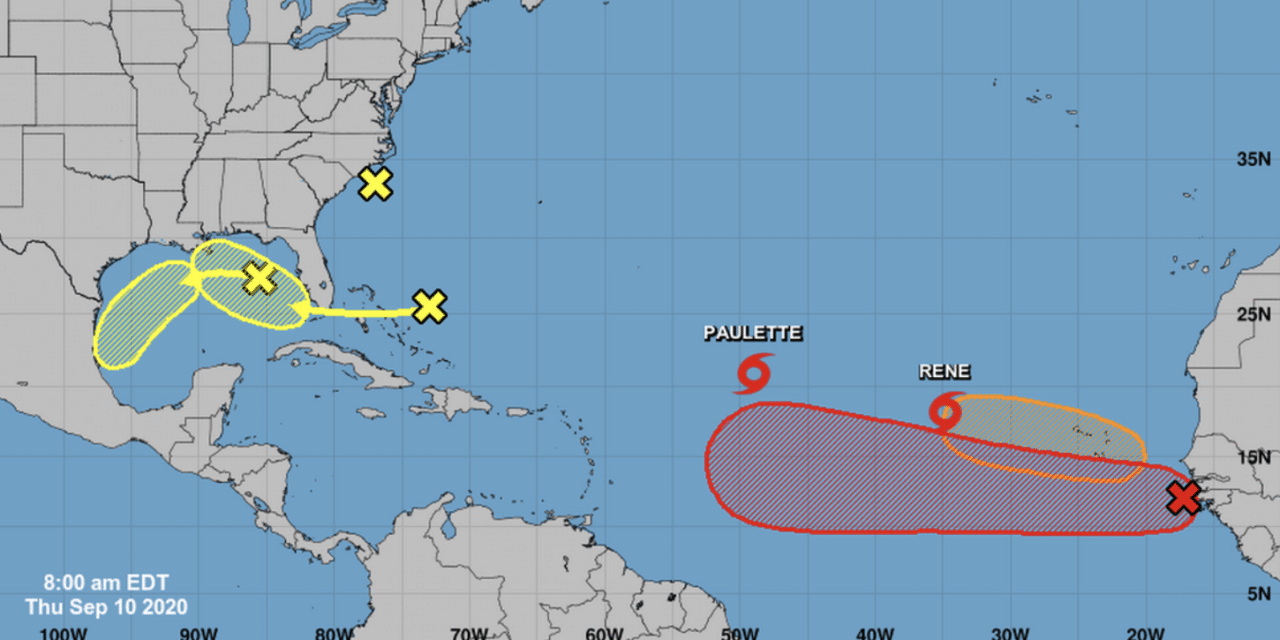 (ETH) – Welcome to Hurricane Season mingled with the year 2020! The National Hurricane Center is reportedly tracking at least six systems, Two of which are tropical storms, and one is poised to strike Bermuda.

According to the Miami Herald, The closest system to the coast of Florida is an area of low pressure a couple of hundred miles northeast of the Central Bahamas where Forecasters expect the system to cross the Bahamas and Florida over the weekend before re-emerging in the Gulf of Mexico.

Forecasters are giving this system a 40% chance of developing into anything stronger during that time, as of the 2 p.m. update. Another system that is a low-pressure area, has popped up in the Gulf on Thursday morning and could move west and south for the next few days without much chance of development

— 10% in the next two days and 20% in the next five. a low-pressure system hovering near North Carolina was stopped being tracked as of the 2 p.m. today. According to the report, Meanwhile, forecasters have been keeping a close eye on a system that’s been moving off the coast of Africa this

week that they are saying has a 90% chance of turning into a tropical depression this weekend as it moves west. The next two storm names on deck are Sally and Teddy, where once Wilfred, the last name on the list is named, storms will then be named after Greek letters.