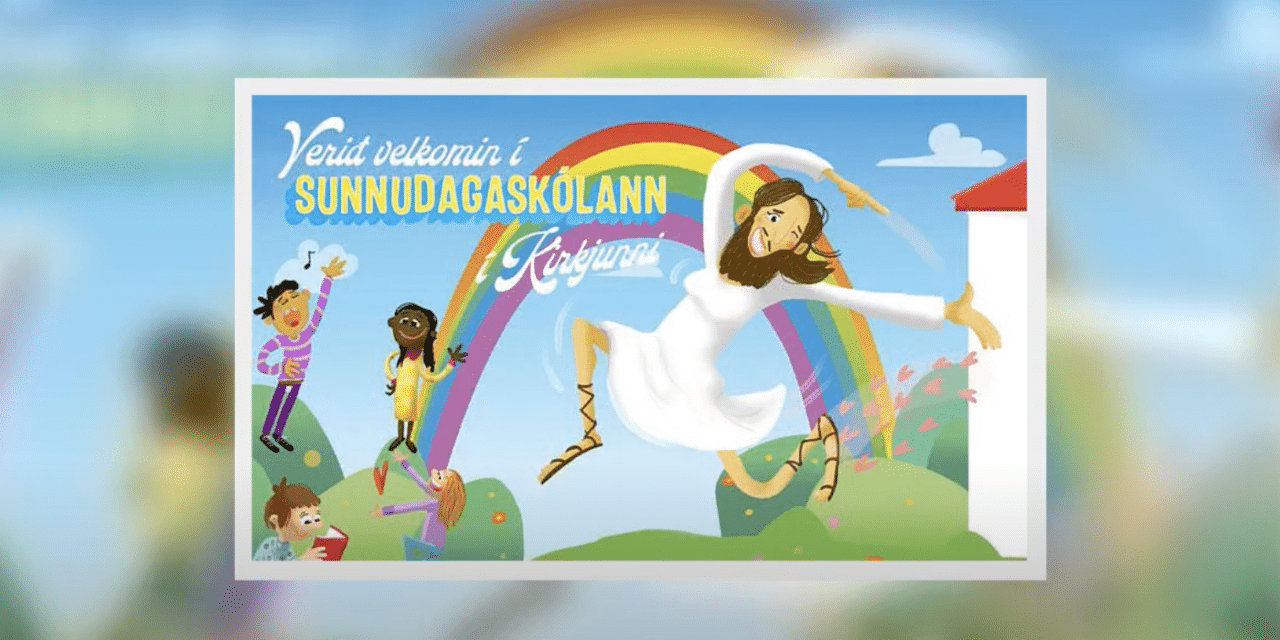 (Daily Mail) – The Church of Iceland’s new ‘woke’ ad welcoming people to Sunday School has sparked outrage after it featured a bearded Jesus Christ with breasts, makeup, and a dress. The advert, which apparently shows Jesus shaking his ‘breasts’ while dancing under a rainbow, appeared on the National Church’s Facebook page on September 11.

The advert has since been deleted from the Church’s page, but will be depicted on buses in the Icelandic capital Reykjavik for at least another two weeks. The Church said in a statement: ‘The 2020 Assembly of the National Church regrets that the picture of Jesus in a Sunday school advertisement has hurt people.

The goal was to emphasize diversity, not to hurt people or shock them.’ Petur Georg Markan, a media representative for the Church of Iceland, said that is positive for Jesus Christ to appear in different forms and that the church celebrates diversity. Markan added: ‘In this one, we see a Jesus who has breasts and a beard.

We’re trying to embrace society as it is. We have all sorts of people and we need to train ourselves to talk about Jesus as being ‘all sorts’ in this context. ‘Especially because it’s really important that each and every person see themselves in Jesus and that we don’t stagnate too much.

That’s the essential message. So this is okay. It’s okay that Jesus has a beard and breasts.’ However, he was also aware of the online backlash, adding: ‘We know that not everyone agrees Christ should appear this way, and we do of course respect that.’ READ MORE