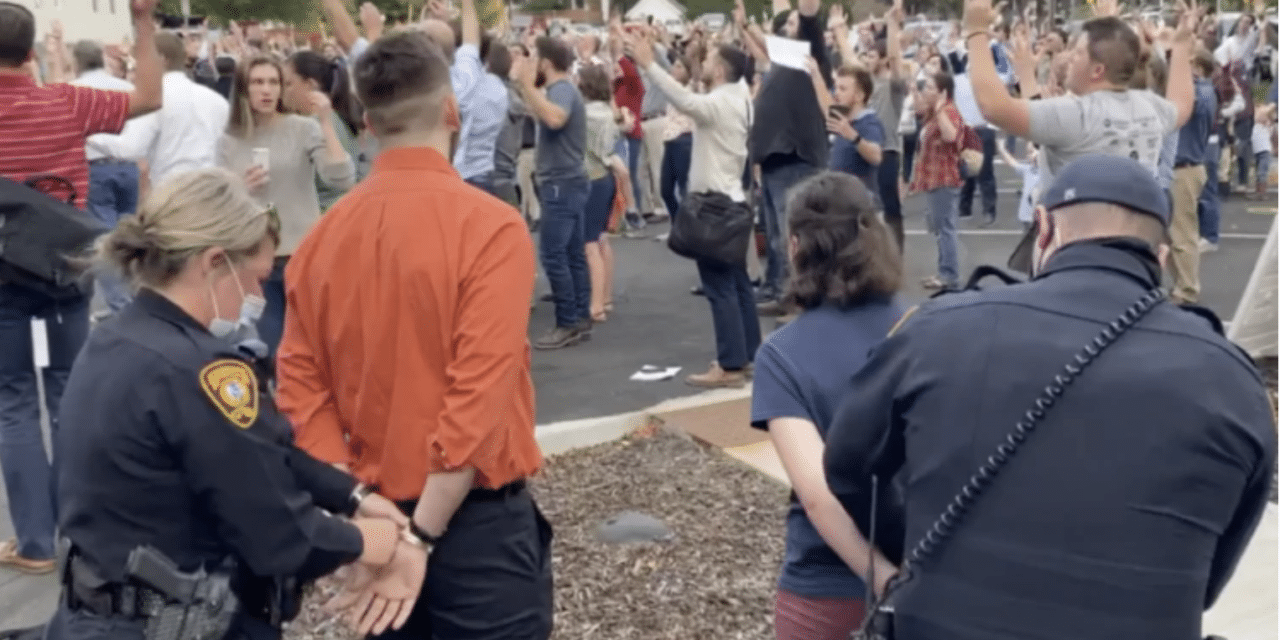 (Todd Starnes) – At least five Christians were arrested during a hymn sing in the parking lot of city hall in Moscow, Idaho. One of the individuals cited as Latah County Commission candidate Gabriel Rench.

The five individuals were cited for being in violation of Moscow’s mask/social distancing order, Moscow Police Chief James Fry told the Daily News. As many as 200 people turned out for the “Flash Psalm Sing” sponsored by Moscow’s Christ Church. “Well, it happened,” one observer wrote on Twitter.

“The Moscow (Idaho) Police Department arrested my kids’ music teacher and his wife the basketball coach for singing without social distancing at a Psalm Sing protest. The music is beautiful.” Two people were handcuffed as hundreds sang “Praise God From Whom All Blessings Flow.”

“Why are the citizens not putting a stop to this? They work for the public hold them accountable. Up to and including armed resistance,” one observer asked on social media. Every police officer and every elected leader involved in this depraved attack on the U.S. Constitution should be removed from office. And the Justice Department should launch a civil rights investigation. READ MORE