Benjamin Netanyahu arrives in Washington to sign two historic peace deals with the UAE and Bahrain. 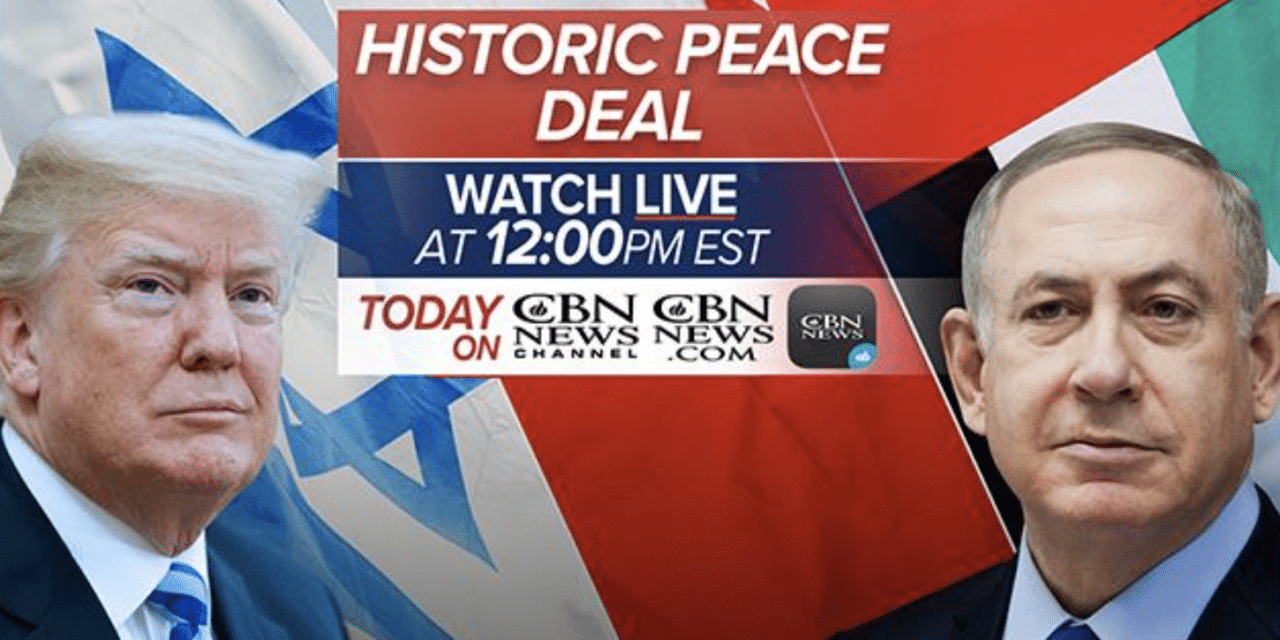 (CBN) – Prime Minister Benjamin Netanyahu is in Washington Tuesday to sign two historic diplomatic deals with the United Arab Emirates and Bahrain. President Donald Trump is presiding over the signing ceremony, which is scheduled to take place at 12 p.m. ET on the White House’s South Lawn.

Netanyahu and Emirati and Bahraini foreign officials are signing the deals before a crowd of more than 700 people. The deal Israel will sign with the UAE will be a peace treaty, Netanyahu said Monday. It was previously unclear if the deal will be normalization or peace since Israel and the UAE have never been at war.

The deal Israel will sign with Bahrain will be a declaration of intent to make peace with Bahrain. This is because there was not enough time to draw up a full agreement since Friday when ties between Bahrain and Israel were announced, The Jerusalem Post reports.

The peace treaty with the UAE will have to be brought before a vote in Israel’s cabinet and then the Knesset after Netanyahu signs it. The treaty will only be finalized after it is approved by the cabinet. Meanwhile, Israel’s declaration with Bahrain is just a joint statement that does not need Knesset approval. FULL REPORT