Are Russia and Turkey moving closer to forming an alliance pushing us closer to prophecy of Gog and Magog? 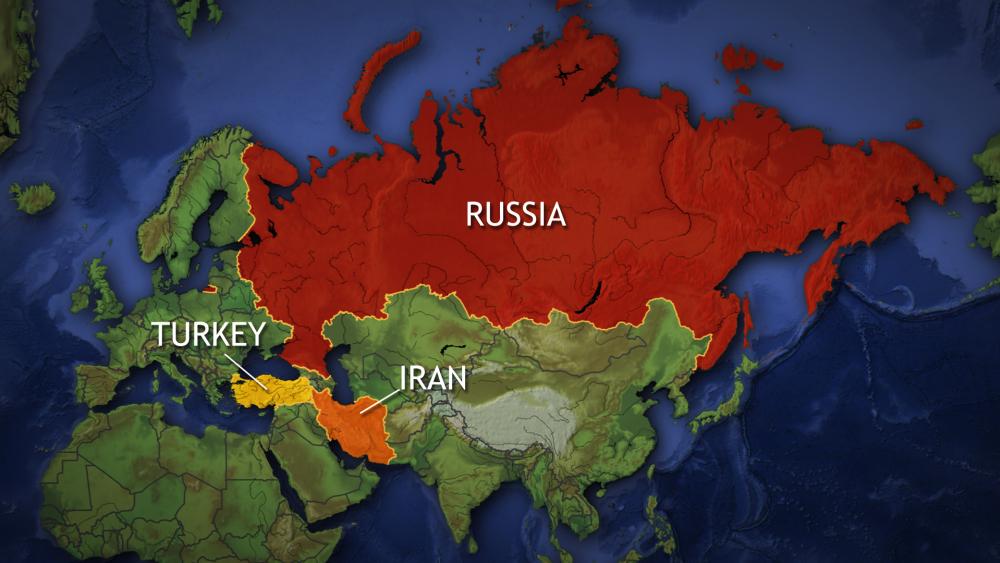 (OPINION) ETH – Russia, and Turkey appear to be moving closer to a military alliance and some are warning that this could all be leading to the fulfillment of Biblical prophecy.  According to a report from CBN, Turkey has recently announced that Russia will conduct live-fire military exercises in the eastern Mediterranean Sea starting next week.

These drills consequently come at the same time that Greece and Turkey edge closer to military conflict over territorial oil and gas rights in the Aegean Sea. These military exercises are scheduled to transpire in the same waters of Turkish research vessels.

Concerns are mounting as NATO officials have consistently tried to bring negotiations between both Greece and Turkey in efforts to extinguish tensions between the two, However Greece insists it will not sit down for talks until Turkey withdraws its vessels from Greek territorial waters. Prophetic author and teacher Joel Rosenberg recently told CBN News that Turkey’s tyrannical leader Recep Tayyip Erdoğan is moving Turkey away from its alliance with western powers and moving it toward radical Islamic countries like Iran.

Rosenberg stated: “Erdogan is taking his country out of the western moderate camp, into the Iranian, Islamism more radical camp. And that’s a long term very serious problem,” Rosenberg also believes the recent Israel/UAE “Abraham Accord” has prophetic undertones as well.

“What we watch in the book of Ezekiel, chapters 38 and 39, which is known as the ‘eschatological’ future war of Gog and Magog, is the Arab states being very calm and quiet towards Israel. Israel (is) reconstructed, peaceful, prosperous, calm, secure and then a Russian-Iranian-Turkish alliance forming against Israel.”

The Bible foretells a confederation of nations that will come that it calls Gomer, Put, Cush, Persia, Togarmah, Gog, and Magog one day coming against Israel. “Cush and Put will be with them, all with shields and helmets, also Gomer with all its troops, and Beth Togarmah from the far north with all its troops—the many nations with you.”– Ezekiel 38:5-6.

“Now, I’m not saying the war with Gog and Magog is imminent,” Rosenberg explained. “I’m saying that the trend lines of peace in the Middle East, with a Russian-Iranian-Turkish axis – this is exactly where we are heading. This is the trajectory, and this is something that should cause all Christians to watch carefully and continue to pray for the peace of Jerusalem.”