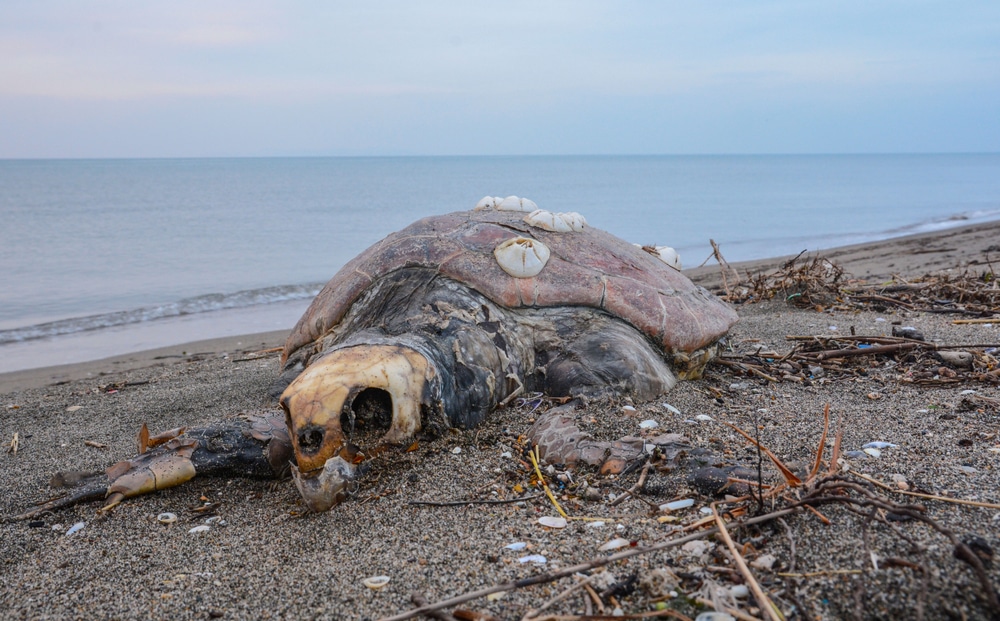 (SS) – Environmental groups say a total of 351 loggerhead sea turtles have been found dead so far this year on the same stretch of Baja California coast where authorities found a total of 137 dead, beached sea lions last week. The Mexican Center for

Environmental Law and the Center for Biological Diversity said Friday the deaths showed the need for a ban on net and line fishing in the Gulf of Ulloa area off the Pacific coast. But the activists said that nets are one of the main causes of sea turtle deaths. The bodies were found along an 80 mile (130km) stretch of coast in the area of Comondu, in Baja California Sur state. READ MORE