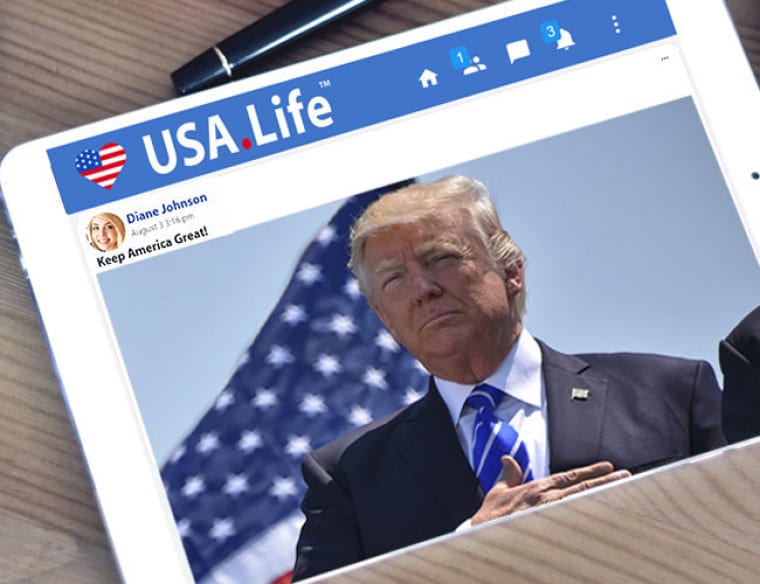 (CP) – As a growing number of conservatives and Christians across the United States believe social media giants are censoring them, a new platform aims to be a refuge for those who are seeking alternatives to Facebook and Twitter.

Founded in early 2019 by pastor and Silicon Valley technology expert Steven Andrew, USA.Life bills itself as “the answer to Facebook and Twitter censoring Christians, Conservatives, and Liberty.” The platform very closely resembles Facebook. Users can send messages, join groups, and become friends with other users. Along with likes, reactions to comments also include “the unique Christian Cross ‘Amen.’”

Last year, Andrew explained that “Facebook blocked 5 million people per month from my account alone, so I started USA.Life to give conservatives a social network that didn’t block their First Amendment right to free speech.”

The suspension came after the president’s son shared a video of doctors talking favorably about hydroxychloroquine, a drug that some claim can cure the novel coronavirus when used early in treatment along with zinc and Zithromax. READ MORE