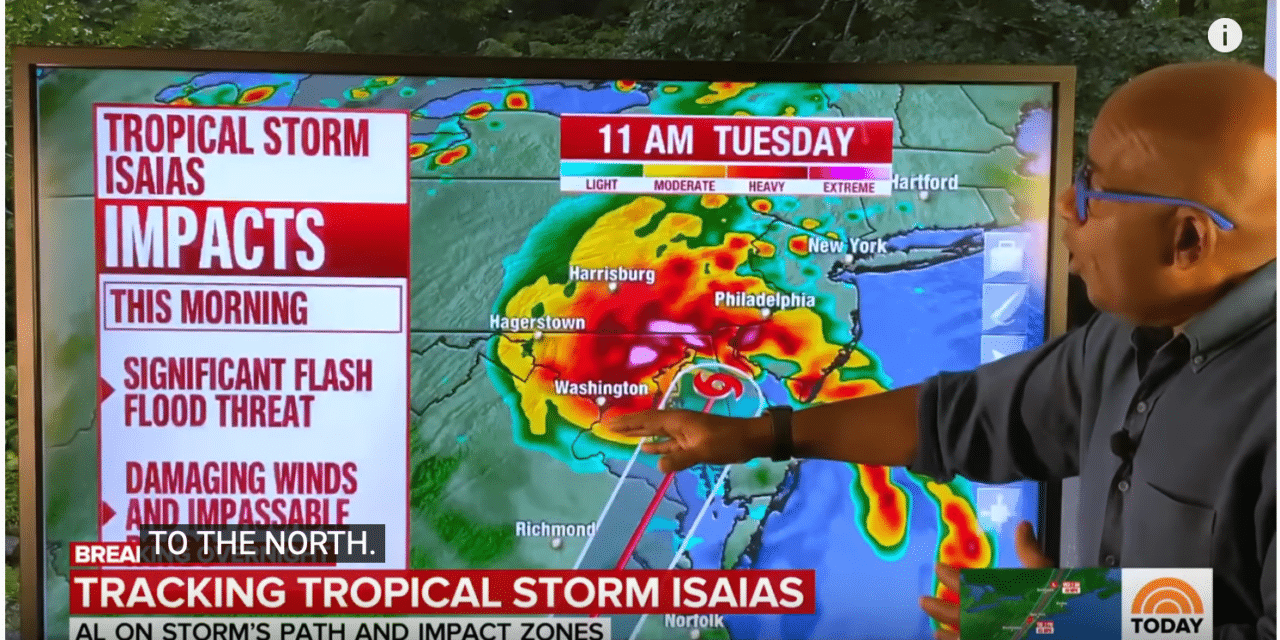 (CBS) – Tropical Storm Isaias spawned tornadoes and dumped rain along the U.S. East Coast on Tuesday after making landfall as a hurricane in North Carolina, where it smashed boats together and caused floods and fires that displaced dozens of people.

At least two people were killed when one of its twisters hit a mobile home park. About 12 hours after coming ashore, Isaias was still sustaining near-hurricane-strength top winds of 70 mph late Tuesday morning, and its forward march accelerated to 35 mph.

“Potentially life-threatening urban flooding is possible in D.C., Baltimore and elsewhere along and just west of the I-95 corridor today,” the National Hurricane Center warned. Forecasters also issued clear warnings earlier, as Isaias approached land, urging people to heed the danger of “life-threatening storm surge inundation” along the coasts of North and South Carolina.

Some veterans of earlier storms were under the impression nevertheless that their areas would be spared. Royce Potter, a fifth-generation seafood purveyor and owner of Potter’s Seafood in Southport, said he rode out the storm on a boat docked near his business, which was damaged by the wind and water. READ MORE