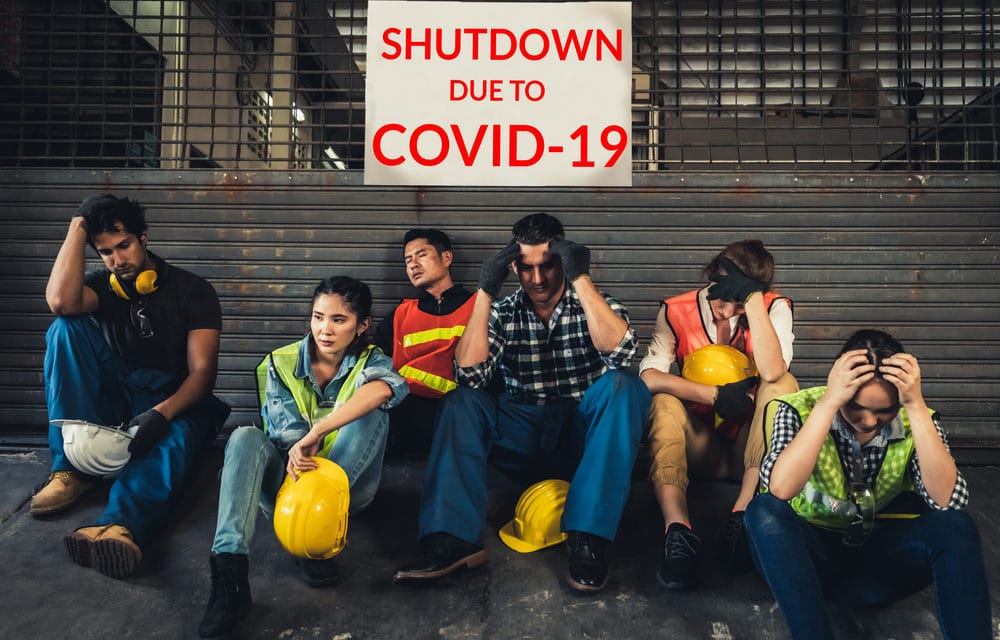 (OPINION) Michael Snyder – The Labor Department announced on Thursday that another 1.006 million Americans filed new claims for unemployment benefits last week.  Prior to this year, the all-time record for a single week was just 695,000, and so the number of Americans that are losing their jobs each week continues to remain at a catastrophic level.

But this latest figure is actually being spun as “good news” because at least it was lower than the week before.  And I am willing to concede that point because we should definitely welcome any sign that the numbers are starting to move in the right direction.

However, there is no doubt that what we have experienced up to this point in 2020 is nothing short of an economic cataclysm.  Over the last 23 weeks, more than 58 million Americans have filed new claims for unemployment benefits.  Even if zero workers filed for unemployment for the rest of 2020, this would still be the worst year for unemployment claims in all of U.S. history by a gigantic margin.

Vast hordes of workers have been losing their jobs week after week as the U.S. economy melts down right in front of our eyes.  This has truly been an economic horror show, and the most nightmarish chapters are still ahead of us. When economic numbers start getting really bad, the government often decides to “modify” how they are calculated, and on Thursday the Labor Department announced that it will be “changing how it adjusts weekly jobless-claims figures for seasonal swings”.

Presumably, that should help the numbers look a bit better starting next week. But no matter how much they massage the numbers, they can’t erase the fact that tens of millions of people are deeply hurting right now.  According to one new survey, 61 percent of Americans need “another relief bill”, and about two-thirds of Americans from the age of 24 to the age of 54 say that they are currently in financial distress…

The latest survey by MagnifyMoney reveals 61 percent of the country needs another relief bill to pay for expenses. Over 80 percent of workers who have been laid off or furloughed due to COVID-19 are counting on more assistance. The poll of 1,010 Americans adds 71 percent of Generation X (ages 40 to 54) and 65 percent of millennials (ages 24 to 39) say they are currently in financial distress.

If you are not in financial distress at this moment, you should be very thankful for your blessings, because you are definitely in the minority. And more layoff announcements just keep on coming with each passing day.  On Thursday, we learned that Lord & Taylor will be laying off all their workers and closing every single store…

Lord & Taylor, the first department store established in the United States, is officially going out of business, ending a nearly 200-year run. The bankrupt company announced Thursday that all of its 38 remaining stores and website have begun liquidation sales — a reversal from last week’s decision to keep 14 locations open. When I was a kid, I was always so intimidated by Lord & Taylor when my mother would take me to the mall. I always thought that was where the rich people shopped. READ MORE