Return Of The Dust Bowl? The “Megadrought” In The Southwest Is Really Starting To Escalate 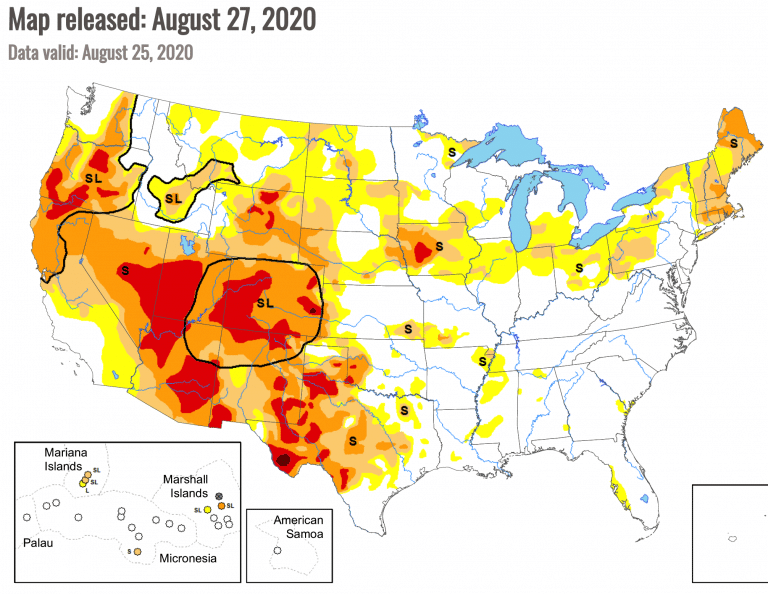 (OPINION) Michael Snyder – Much of the southwestern portion of the United States has been gripped by a drought that never seems to end, and there is a tremendous amount of concern that patterns that we witnessed back during the Dust Bowl days of the 1930s may be starting to repeat.

In a previous article, I discussed the extreme heat that we have been seeing in the region lately.  Phoenix has never had more days in a year when the high temperature has hit at least 115 degrees, and other southwestern cities have been smashing records as well.

At the same time, precipitation levels have been very low, and the combination of these two factors is starting to cause some major problems. A couple of weeks ago, NASA posted an article on their official website about the horrible drought conditions that we are now witnessing…

As the United States moves into the last weeks of climatological summer, one-third of the country is experiencing at least a moderate level of drought. Much of the West is approaching severe drought, and New England has been unusually dry and hot. An estimated 53 million people are living in drought-affected areas. Since NASA posted that article, things have gotten even worse.

If you go to the U.S. Drought Monitor website, you will instantly see why so many experts are deeply concerned.  The latest map shows that nearly the entire southwestern quadrant of the country is now gripped by either “severe” or “extreme” drought.  Needless to say, this is not good news at all for farmers and ranchers in the region.