Nightly riots in Portland are forcing businesses to flee, may cause ‘irreparable damage’ to the city 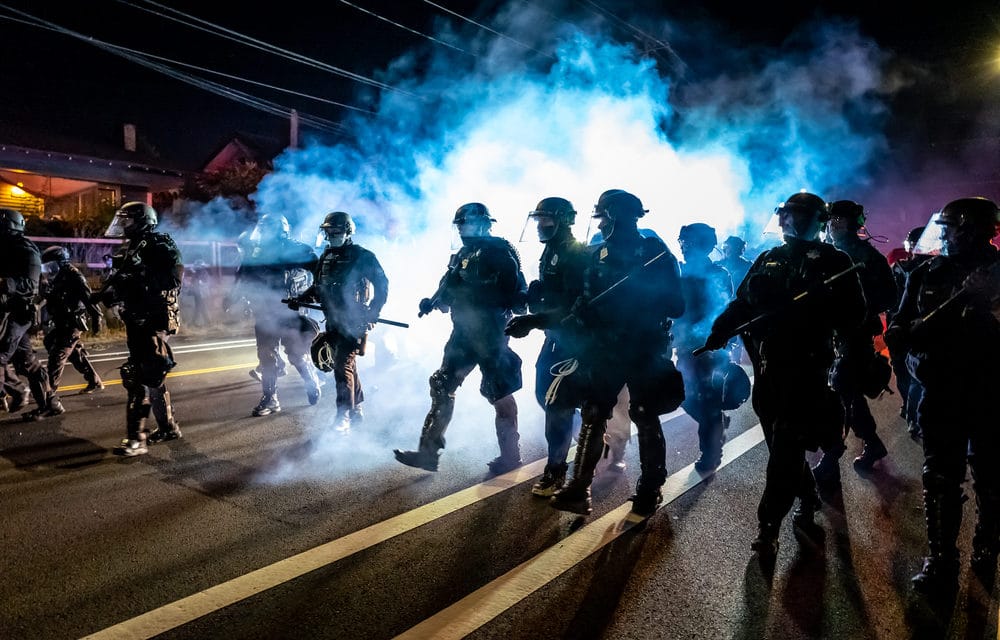 (ETH) – Portland has experienced months of continuous protests that has left businesses fleeing the city after hemorrhaging millions of dollars between lost revenue and damage caused by protesters. According to a report from TheBlaze, Andrew Hoan, CEO of the Portland Business Alliance, said the actual figure of business losses is mind-boggling. ”

The financial consequences to the downtown corridor are a running calculation that is almost impossible to wrap your mind around. The financial impacts of physical damage are one thing, and that continues to increase,” Hoan told KATU-TV.

“Then the ongoing loss of revenue to the business community who cannot operate their places of business is also a number that continues to rise. “Businesses are leaving. We need to start to turn the corner now so that this sort of irreparable damage does not last,” Hoan predicted. “You have blocks and blocks of plywood. You have graffiti.

You have an accumulation of damages that are un-repaired, an ongoing perception that coming downtown is not a safe place.” One insurance firm called “Standard Insurance”, that housed 2,100 employees in downtown Portland, has been forced to remove nearly all employees from that location — and the rest may never return.

The Company spokesperson Bob Speltz recently told KGW-TV that Standard Insurance made the changes due to “current disruptions and unsafe conditions in the neighborhood,” in addition to COVID-19. “Our downtown properties have sustained significant vandalism and a number of employees and contractors have been assaulted in recent months,” Speltz told KGW.

And despite claiming Standard Insurance is “committed” to Portland’s downtown area, he said the company is exploring “permanent remote and alternative work options,” KGW reported. Will this be the new normal in cities across America and will what’s happening in Portland begin to spread around the country?