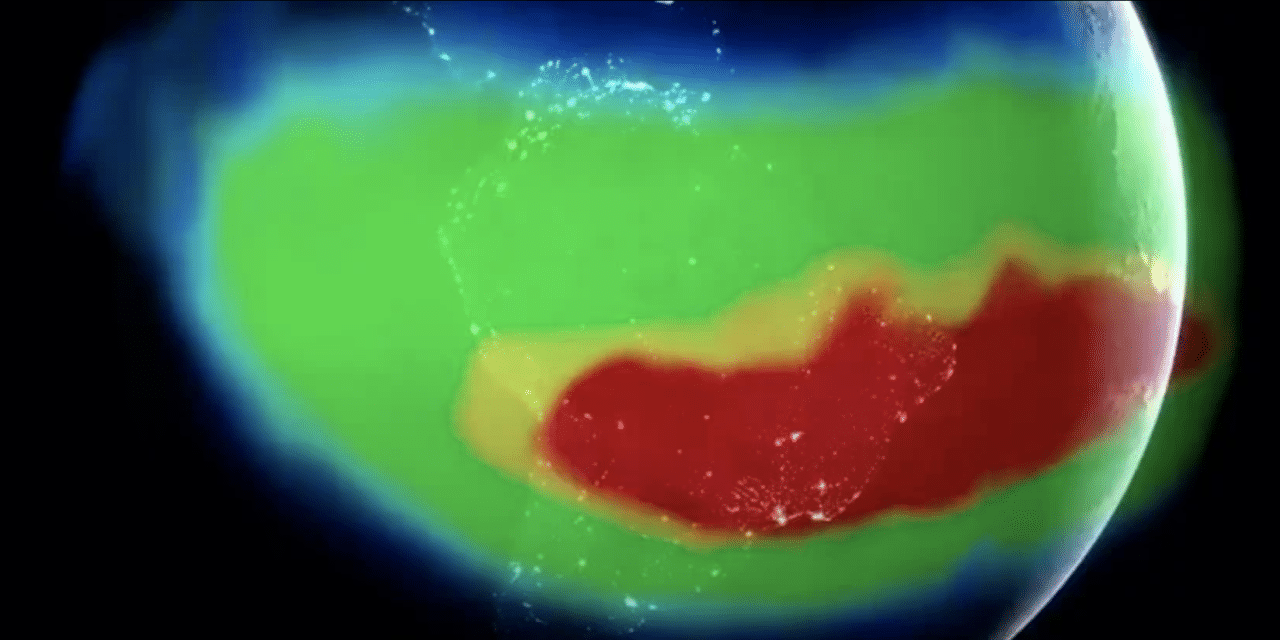 (ETH) – A strange and growing “anomaly” in the Earth’s magnetic field has caught the attention of NASA, who is reportedly closely monitoring the mysterious occurrence. According to the report a giant region of lower magnetic intensity in the skies above the planet, stretching out between South America and southwest Africa is what is being brought to light.

The strange anomaly has been deemed the South Atlantic Anomaly, and has intrigued and concerned scientists for many years now, and perhaps none more so than NASA researchers. The recent report is warning that the space agency’s satellites and spacecraft are especially vulnerable to the weakened magnetic field strength within the anomaly and the resulting exposure to charged particles from the Sun.

Science Alert went on further to state: “The South Atlantic Anomaly (SAA) – likened by NASA to a ‘dent’ in Earth’s magnetic field, or a kind of ‘pothole in space’ – generally doesn’t affect life on Earth, but the same can’t be said for orbital spacecraft (including the International Space Station), which pass directly through the anomaly as they loop around the planet at low-Earth orbit altitudes.

During these encounters, the reduced magnetic field strength inside the anomaly means technological systems onboard satellites can short-circuit and malfunction if they become struck by high-energy protons emanating from the Sun.”