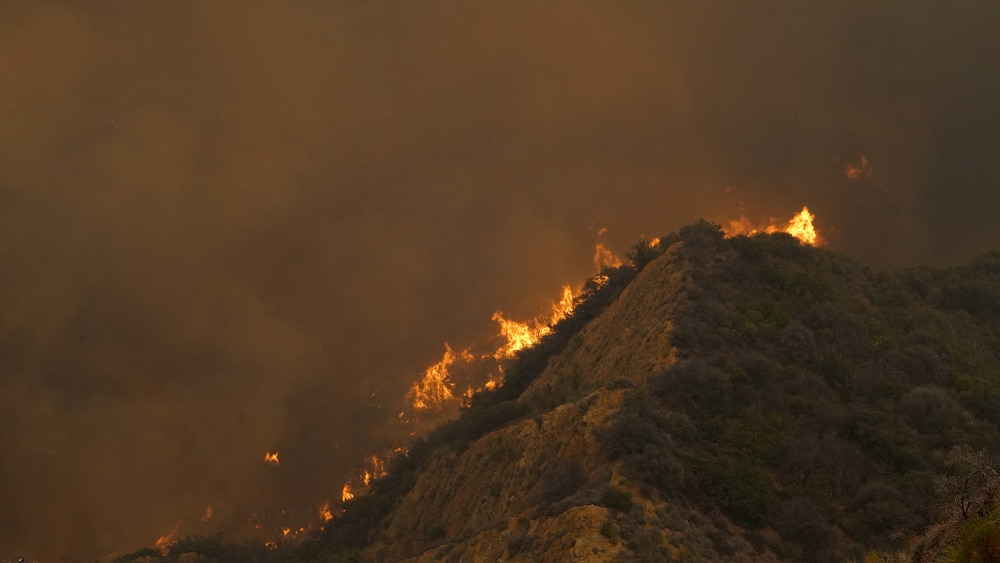 (SS) – It’s gonna be hot this weekend. Like really hot. Temperatures could hit 108 degrees in the valleys, a hellish nightmare, especially for folks without AC.

That heat, plus a critically dry brush and some moderate wind gusts, have fire officials warning the risk for fires is extreme. Yes, we’re saying this weekend there will be extreme heat and extreme fire risk. Already this week, two fires in the forest, the Lake Fire and the Ranch 2 Fire have burned through thousands of acres and forced evacuations.

More than 5,000 homes are still threatened in the Lake Hughes area. Officials say some of the terrains near the Lake Fire hasn’t burned since 1968, which is why it’s more difficult to contain. Some of the Angeles National Forest has now been closed through the end of the year —

that’s because the risk of more fires is just so high. The order impacts the Cottonwood, Spunky Canyon, and Sawmill-Liebre campgrounds, along with a small section of the Pacific Crest Trail, about 13,000-14,000 acres total (which is only 1% of the forest as a whole). FULL REPORT