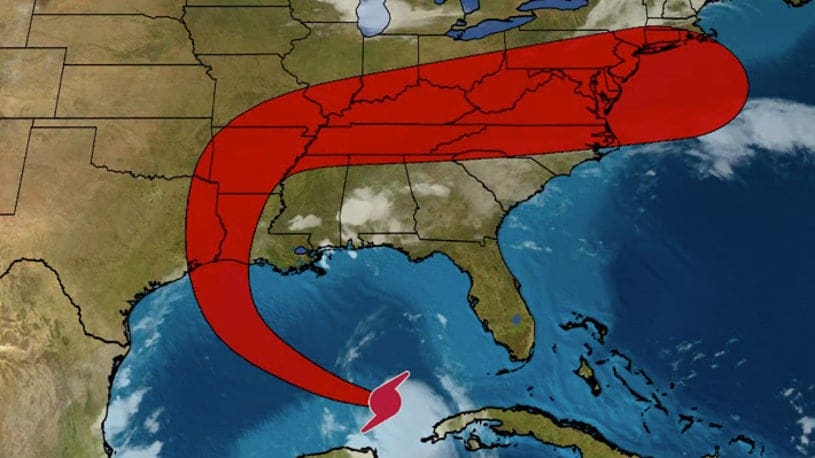 (ETH) – Texas and Louisiana have been on high alert as Hurricane Laura is intensifying over the Gulf of Mexico and is forecasted to become a major hurricane and possibly a category 3 prior to striking upper Texas or southwest Louisiana coasts by late Wednesday or early Thursday.

The report is warning that Life-threatening storm surge and destructive winds will likely batter the coast and a threat of flooding rain and strong winds will reach well inland. Authorities are warning that residents along the path of this hurricane in upper Texas and southwest Louisiana coasts should prepare now for a strike from Laura.

Residents are being urged to follow any evacuation orders issued by local or state officials. Laura officially became the fourth hurricane of the 2020 Atlantic hurricane season on Tuesday morning, based on measurements taken by NOAA hurricane hunter aircraft.

Satellite imagery has revealed that the storm is becoming increasingly organized as it continues to move into a favorable environment for strengthening in the Gulf of Mexico. The Weather Channel stated: “The bottom line is that Laura is likely to bring storm surge, rainfall and wind impacts to parts of Texas and Louisiana Gulf Coasts beginning Wednesday. Keep in mind that a hurricane isn’t just a point. Impacts will extend far from where the center eventually moves inland.”