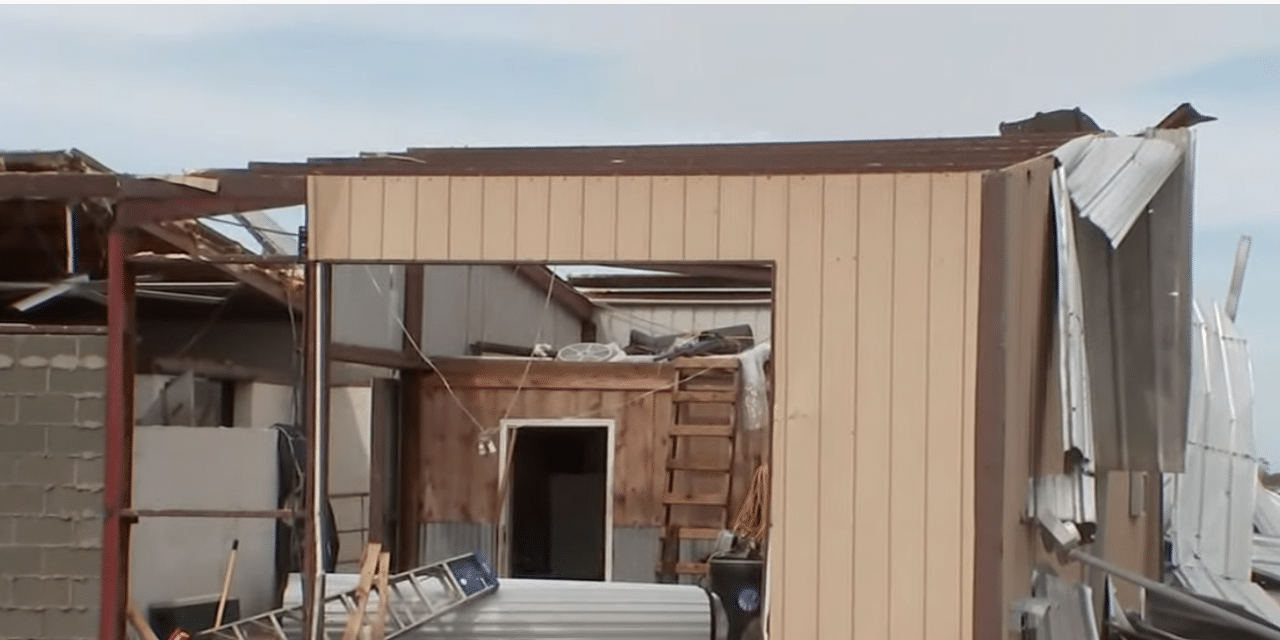 (ETH) – Hurricane Laura is being called one of the strongest hurricanes ever to strike the US is and is moving North and East after pounding the Gulf Coast. Although Laura has reportedly been downgraded to a tropical storm, it has left hurricane damage that stretches for hundreds of miles.

The report from CBN is indicating that streets are flooded, power lines toppled, homes destroyed, and trucks have been tossed like toys. At least three people have been reported to have been killed by falling trees in Louisiana.

Brett Geymann in Moss Bluff, just north of Lake Charles, testified that his family’s OK but “there’s destruction all around”. “It looks like 1,000 tornadoes” came through, he said, with some houses “totally gone.” The report states that destruction extended West across the state line from Louisiana into Texas.

The devastating storm has also produced a large chemical fire that has sent a potentially dangerous cloud over Lake Charles, Louisiana, and has residents being advised to shelter in place. Over half a million people in Texas and Louisiana were forced to evacuate as the storm rapidly strengthened into a catastrophic Category 4 storm in the Gulf of Mexico.