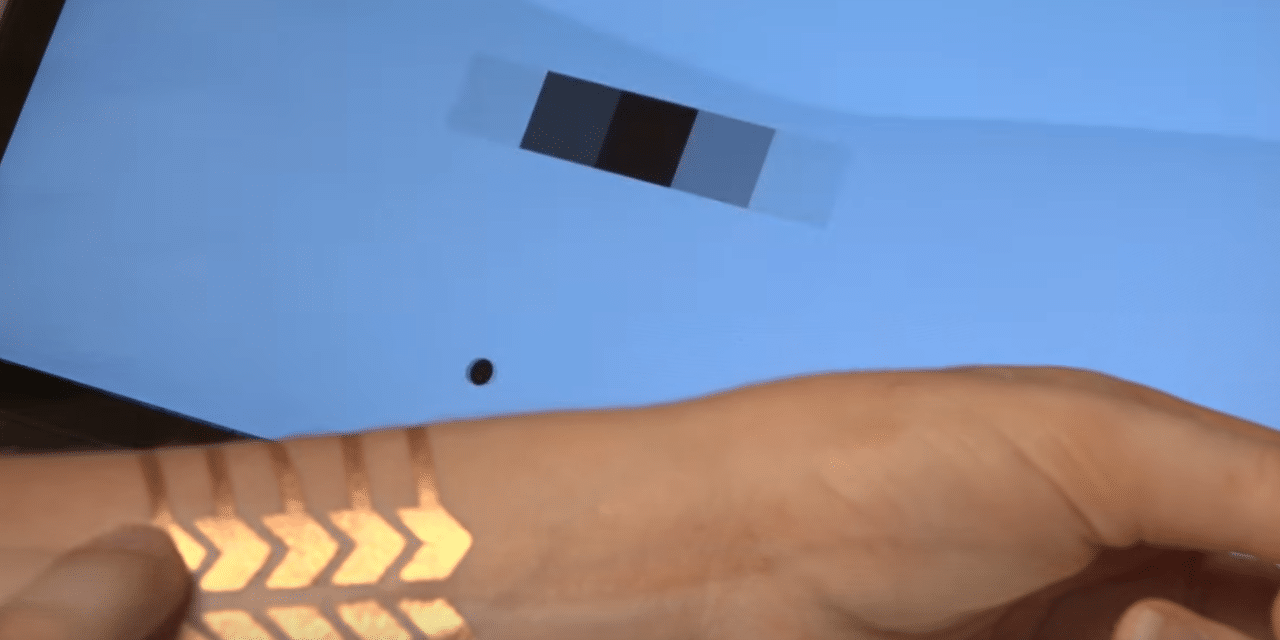 (OPINION) PNW – It looks yet more technology is coming out that is getting humanity accustomed to placing something on their skin or under their skin. Google announced that it’s working on developing the next futuristic technology beyond smartphones — tattoos that turn the user into a human touchpad.

Meanwhile, scientists are developing something way more sinister using similar skin-drawing technology to track its wearer’s movements. Google is developing smart tattoos that, when applied to the skin, will transform the human body into a living touchpad via embedded sensors in the ink.

No this isn’t science fiction, the wearable project is called “SkinMarks.” SkinMarks utilizes rub-on tattoos to create the next generation of wearable technology devices, CNET reported, citing white papers and demo videos. So how does the technology work?

The sensor-driven tattoos are applied to a part of the body, preferably one where you can swipe up and down with ease like an arm. The sensors can then be triggered by traditional touch or swipe gestures as we perform daily on smartphones.

However, there are a few more specific gestures related to the appendages of humans. “You could squeeze the area around the tattoo or bend your fingers or limbs to activate the sensors.” The project is in part being conducted by researchers at Saarland University in Germany who wrote in a white paper that the benefit of using skin as an interface “is tapping into the fine motor skills that human beings naturally have.” READ MORE