Fauci warns US has worst outbreak in the world, one death every 80 seconds 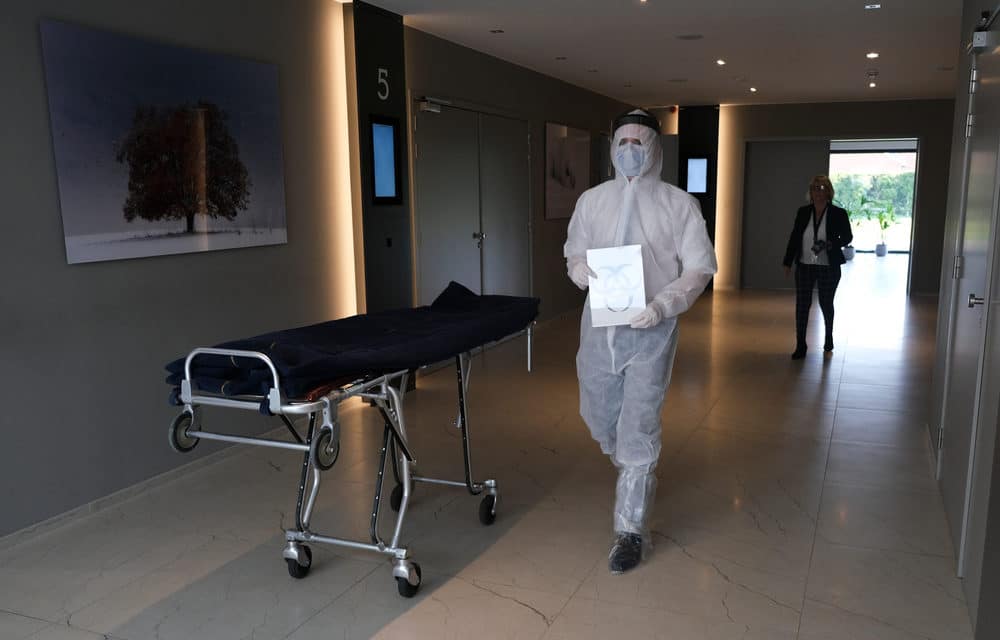 (ETH) – The nation’s top expert on infectious disease, Dr. Anthony Fauci came out on Wednesday warning that the US coronavirus outbreak is the worst in the world according to a new report from Business Insider. “We’re not quite 5% of the world’s population, yet represent 20-25% of the world’s infections … I mean, that has to be the worst.

Is it not the worst?” CNN’s Dr. Sanjay Gupta asked Fauci during an interview.  “Yeah, it is quantitatively if you look at it, it is. I mean the numbers don’t lie,” Fauci said. His words directly undercut the misleading and rosy picture President Donald Trump has sought to paint around the COVID-19 outbreak in the US, which is part of a broader effort to downplay his administration’s failures in responding to the pandemic.

“Every country has suffered. We, the United States, has suffered … as much or worse than anyone,” Fauci said on Wednesday. “I mean when you look at the number of infections and the number of deaths, it really is quite concerning.” For the full report click HERE

In another grim report that has emerged from NBC News, One person has died every 80 seconds from the coronavirus in America. And the pace at which those 7,486 people died appears to be accelerating, a new NBC News tally revealed Wednesday.

In July, a total of 26,198 deaths were reported, meaning one every 102 seconds. As of Wednesday morning, more than 158,000 people in the U.S. had died of the virus since the start of the pandemic. The numbing new national snapshot of how COVID-19 is claiming more and more lives came as Johns Hopkins University reported another milestone: The world death toll from this plague had eclipsed 700,000. For the full report click HERE

Many survivors of COVID-19 are also reporting a loss of hair according to a new report from Yahoo News. Theresa Cabrera was so ill with COVID-19 that she had to spend a month in the hospital this spring, much of that time sedated, intubated and on a ventilator.

When she finally improved and was able to go home in May, the first thing she did was take a shower. That’s when she noticed her hair falling out. “It came out in my hands — still does,” Cabrera, 54, who lives in Lake Hopatcong, New Jersey, told TODAY. “I was freaking out… Now, when I make a ponytail, it’s less than a quarter of what it used to be.

It’s horrible.” She’s not alone. More than a quarter, or 27%, of patients recovering from COVID-19, reported hair loss as one of the lingering problems in a survey of more than 1,500 people in the Survivor Corp Facebook group. Members are sometimes called “long haulers” because they discuss the long-term effects of the disease. For the full story click HERE