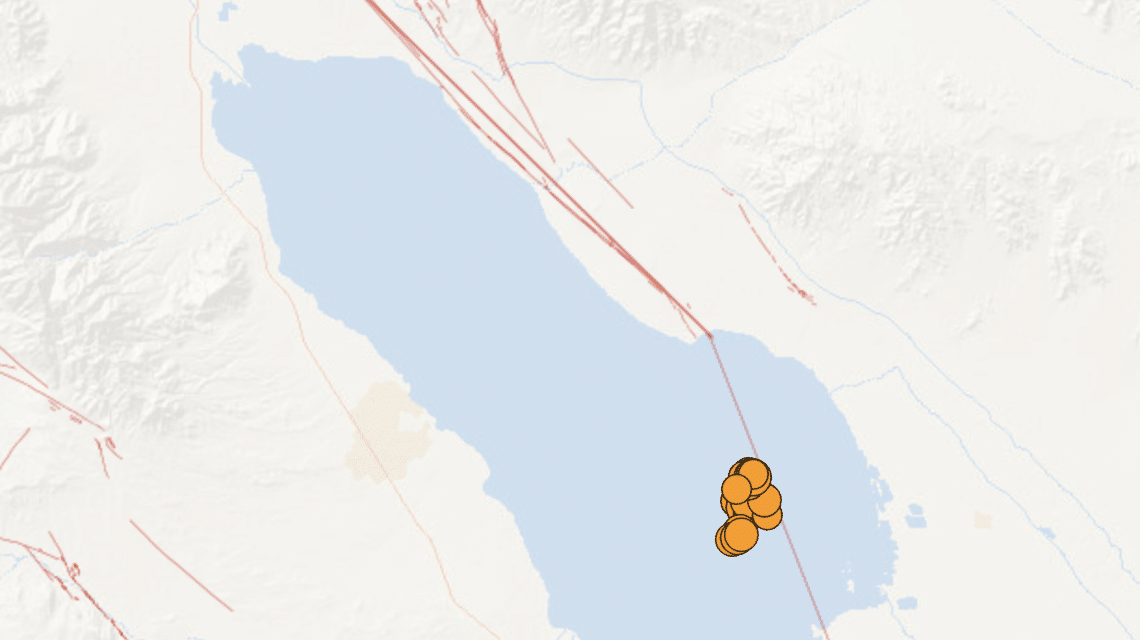 (ETH) – The USGS just issued a warning that an ongoing swarm of minor earthquakes taking place underneath the Salton Sea has increased the possibility of an even stronger and larger event due to its close proximity to the San Andreas Fault.

The dozens of minor quakes have ranged from a magnitude 2.0 to magnitude 4.6 and have shaken the Salton Sea. The swarm was centered about 8 miles from the southern end of the San Andreas Fault. This isn’t the first quake swarm for this region as others were recorded in 2001, 2009, and 2016, according to the USGS, and remain active for up to 20 days, with an average duration of about a week.

However, the USGS  is warning that there is an 80% chance that the earthquakes will continue but will decrease and none of them will exceed a magnitude-5.4 within the next seven days. However, they want to be clear that there is also a 19% chance of a bigger earthquake, between a 5.5 or 6.9, and in the least likely scenario, there is a 1% chance of a magnitude-7.0 or higher earthquake within the next seven days.