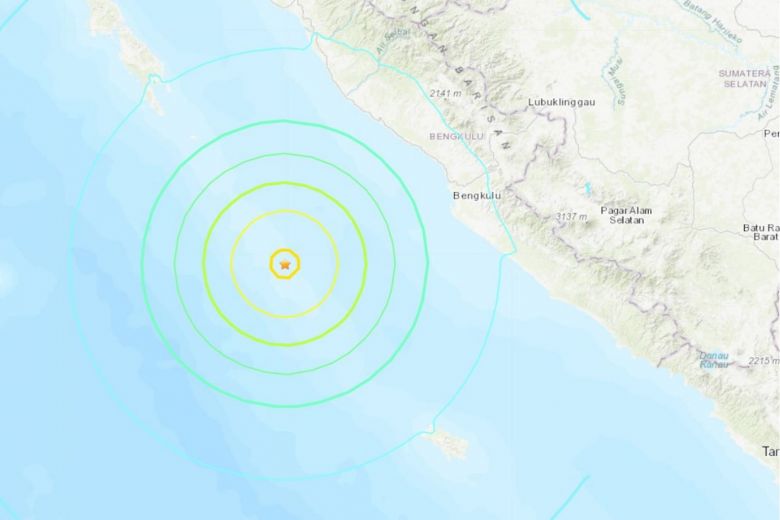 (ETH) – Two large and shallow earthquakes reportedly struck off Indonesia’s Sumatra island on early Wednesday morning but did not trigger a tsunami warning according to the US Geological Survey.

The two quakes, of magnitude 6.8 and 6.9, struck within six minutes of one another from 5.23 am on Wednesday about 169km off the city of Bengkulu in the southwest of Sumatra.

Although there were no reports of casualties or major damages to buildings yet, the meteorological agency reportedly warned people to avoid buildings with cracks, because of the risk of them collapsing easily.