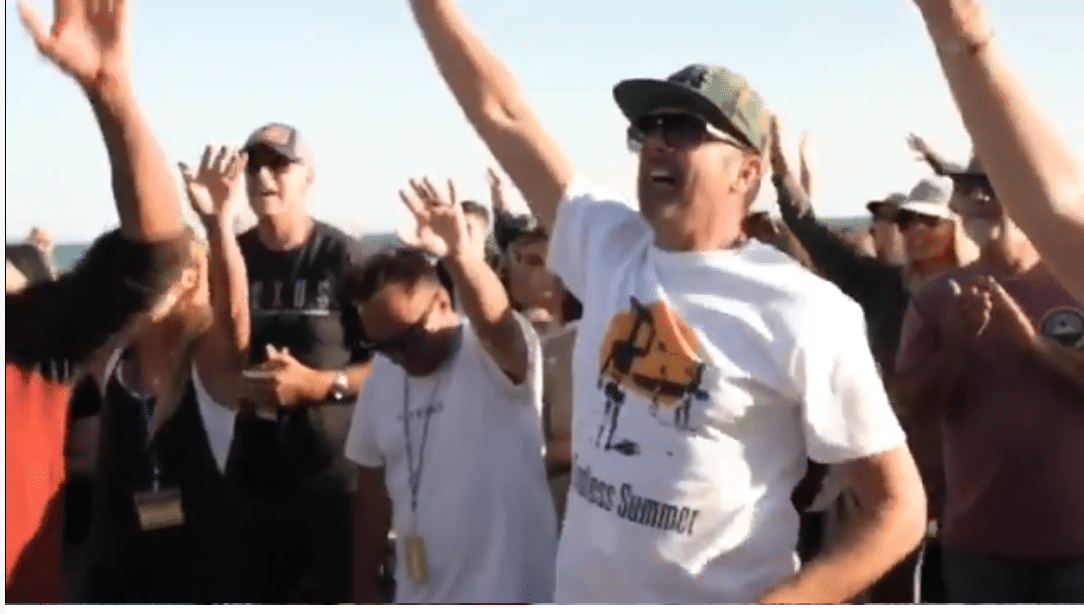 (CBN) – As CBN News reported last week, a revival is taking place on the sandy shores of Huntington Beach, California. Hundreds of people are gathering to worship and pray and receive salvation, and according to the movement’s organizers, it continues to grow.

Saturate OC, which stands for “Orange County” began earlier this month as an effort to share the Gospel and spread the good news about the Kingdom of God.  The idea for this evangelistic movement started in 2016 when its organizes Parker and Jessi Green had a vision of thousands of people being baptized along the beach’s pier.

“While worshipping we saw a picture of thousands of people being baptized in Huntington Beach,” Jessi told CBN News’ The PrayerLink. “At the time, I was actually living in New York. There were so many people being baptized that they were having to turn around and baptize the person behind them,” she said. “I heard God say that the next revival would be through the equipping of the saints.”

Jessi and her husband, Parker, moved their entire family from New York to California to be a part of the movement. “I never thought I would actually be leading the movement,” she said. In April, Jessi said she heard a word from the Lord telling her that it was time to prepare for the vision she saw in 2016. READ MORE