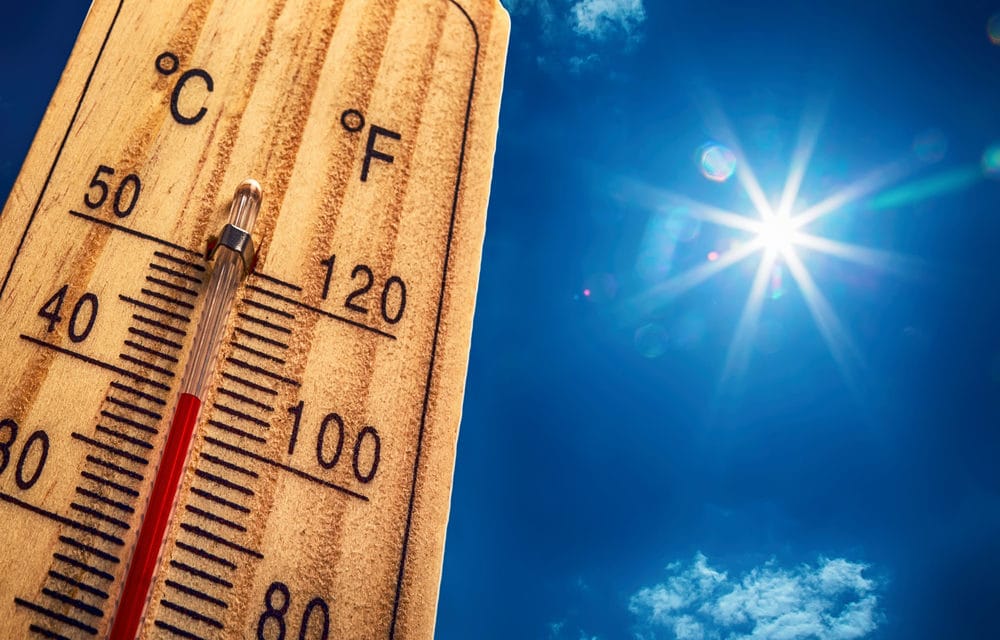 (ETH) – Coronavirus, Massive unemployment, Murder hornets, Saharan dust, protests, riots… How could 2020 get any worse, you might ask. How about some record-breaking scorching heat. That’s how. According to a report from Daily News, Meteorologists are warning that July could bring unusually hot temperatures for more than two-thirds of the continental U.S., and possibly match the historic levels seen in 2011 and 2012.

According to the report weather outlook, which was released by the National Weather Service Climate Prediction Center predicts “increased chances” for above-normal temperatures across most of the country as well as below-normal rainfall levels for the Four Corners and parts of the Central and Southern Plains.

According to chief meteorologist, Todd Crawford with IBM’s The Weather Company warned that a pattern of high temperatures and boiling humidity in July could result in “potentially historic heat.” He went on to state that “After a relatively warm June, we are expecting July to be unusually hot, with the most anomalous warmth focused in the north-central states Great Lakes region,”.

According to the report, These extreme temperatures could strike parts of the country as soon as this weekend putting some areas in the Greats Lakes to see temperatures of up to 15 degrees above normal on Saturday.