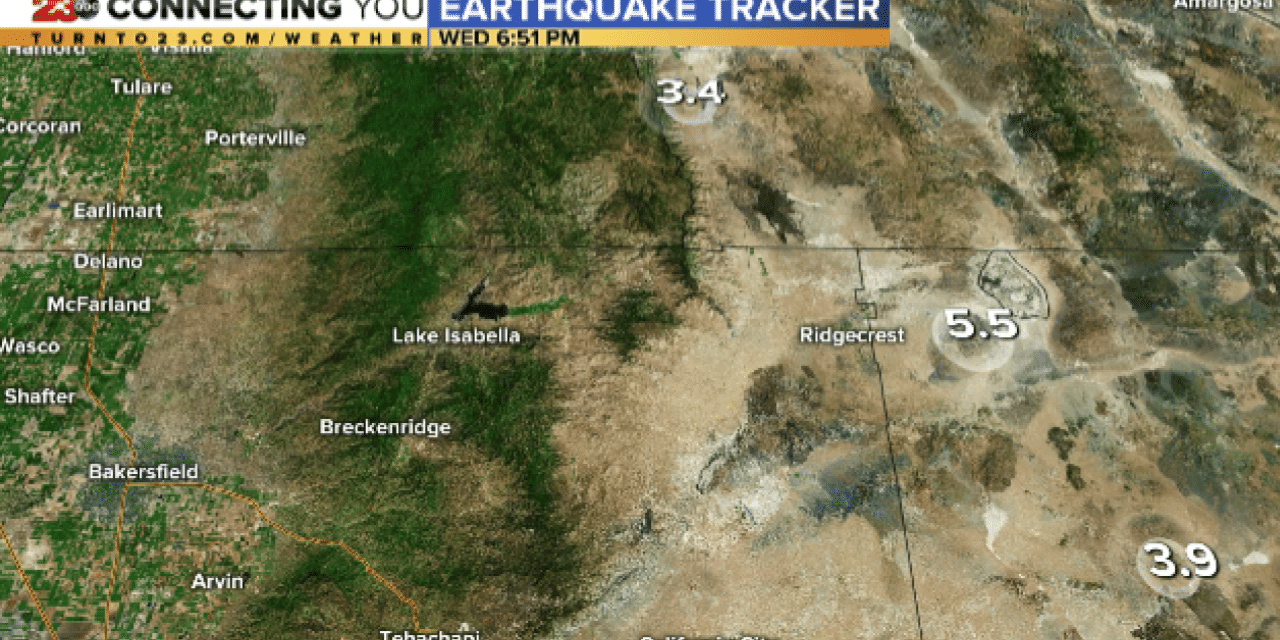 (ETH) – A magnitude 5.5 earthquake has struck near Ridgecrest, California and was felt across Southern California, according to KTLA 5. The quake struck about 6:32 p.m. about 14 miles east of Ridgecrest. This region has experienced thousands of earthquakes since two large quakes struck the region on July 4th of last year.

The quake reportedly had a preliminary magnitude of 5.1 but was later upgraded to 5.5 by the USGS. The shaking triggered a ShakeAlert as far as Los Angeles, warning people to drop and seek safety. “As if things couldn’t get worse,” said L.A. Mayor Eric Garcetti, who was delivering a briefing on coronavirus and racial unrest in the city when the ground began to quiver.

Buildings in downtown L.A. reportedly were shaken the quake while shaking was severe near the epicenter, and homes swayed from side to side as far away as La Verne. Seismologist Lucy Jones, later stated that tonight’s event is yet another aftershock to last summer’s magnitude 7.1 earthquake that struck near Ridgecrest.