Is this event more “Signs in the Heavens” pointing to the soon return of the Lord? 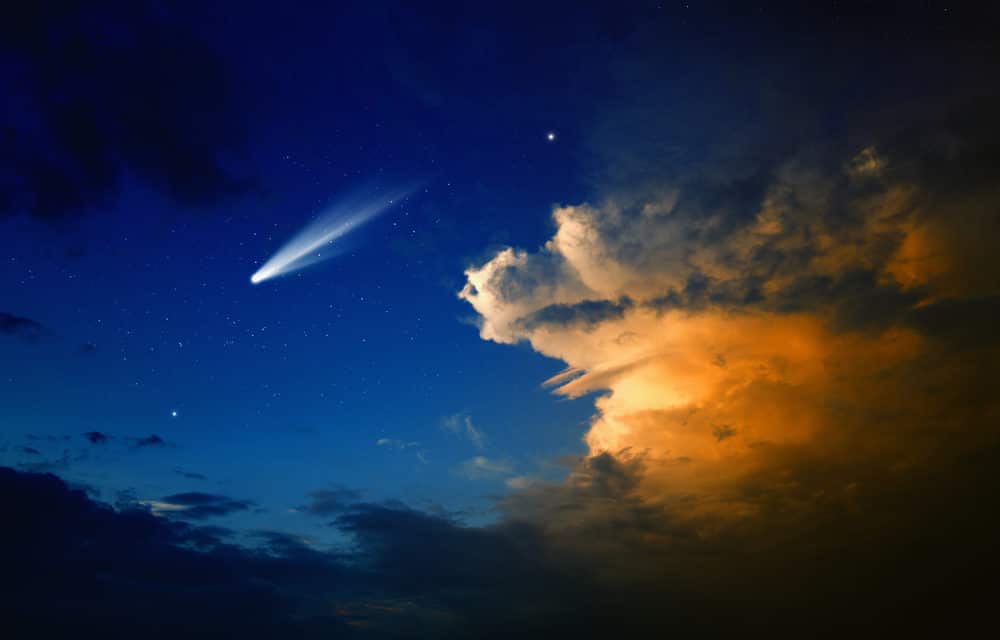 (OPINION) ETH – A prominent Christian evangelist is warning that there are signs in the Heavens that point to the imminent return of the Lord Jesus Christ. According to Pastor Paul Begley, The Bible states that the return of Jesus Christ in the end days will herald great changes across the face of the planet and though no man knows the day or the hour it will strike, many devout Christians continue to keep their eyes open for signs in the heavens and on the Earth.

According to Express, Indiana-based evangelist Paul Begley is warning that some of these signs could already be appearing in the skies as we speak.  Pastor Begley, who preaches online from West Lafayette, Indiana, recently went to YouTube to proclaim the arrival of five comets racing through space.

Begley went on to label the comets as an unprecedented cosmic phenomenon and labeled them a potential “prophetic sign”. He stated: “Five comets visible from Earth simultaneously. “This is extraordinary, prophetic signs in the heavens.

Among these five comets recently discussed by pastor Begley is Comet ATLAS, which was seen by NASA’s Hubble telescope breaking apart.  Another comet is Comet SWAN, which has been dubbed the brightest comet of the year. Pastor Begley went on to state that: “Jesus Christ is soon to return. The Bible said there will be signs in the Sun, the Moon, and the stars.”

Begley went on to emphasize that the five comets coincided with the celebration of Pentecost and increased solar activity on the Sun. He also pointed out that when we add the coronavirus pandemic and cities across the US burning in the fires of civil unrest to the mix, these are definitely “prophetic signs” that are evident.

Pastor Begley said: “This is becoming a very dangerous time, a very dangerous time, in which people really need to pray. “And they need to pray, they need to stop it, we need to come to our senses.  “The Beast’s Kingdom is trying to rise, antisemitism on the rise, the church is being shut down.” These cosmic signs are mentioned in the Gospel of Matthew Chapter 24, Luke 17, and Luke 21. In Matthew 24 Jesus warns: “See that no one leads you astray.

For many will come in my name, saying, ‘I am the Christ,’ and they will lead many astray. “And you will hear of wars and rumors of wars. See that you are not alarmed, for this must take place, but the end is not yet “For nation will rise against nation, and kingdom against kingdom, and there will be famines and earthquakes in various places.

“All these are only the beginning of the birth pains.” In Luke 21, Jesus also warns: “And there will be signs in sun and moon and stars, and on the earth distress of nations in perplexity because of the roaring of the sea and the waves, men’s hearts failing from fear from the expectation of what is coming on the world.

For the powers of the heavens will be shaken. “And then they will see the Son of Man coming in a cloud with power and great glory. “Now when these things begin to take place, straighten up and raise your heads because your redemption is drawing near.”