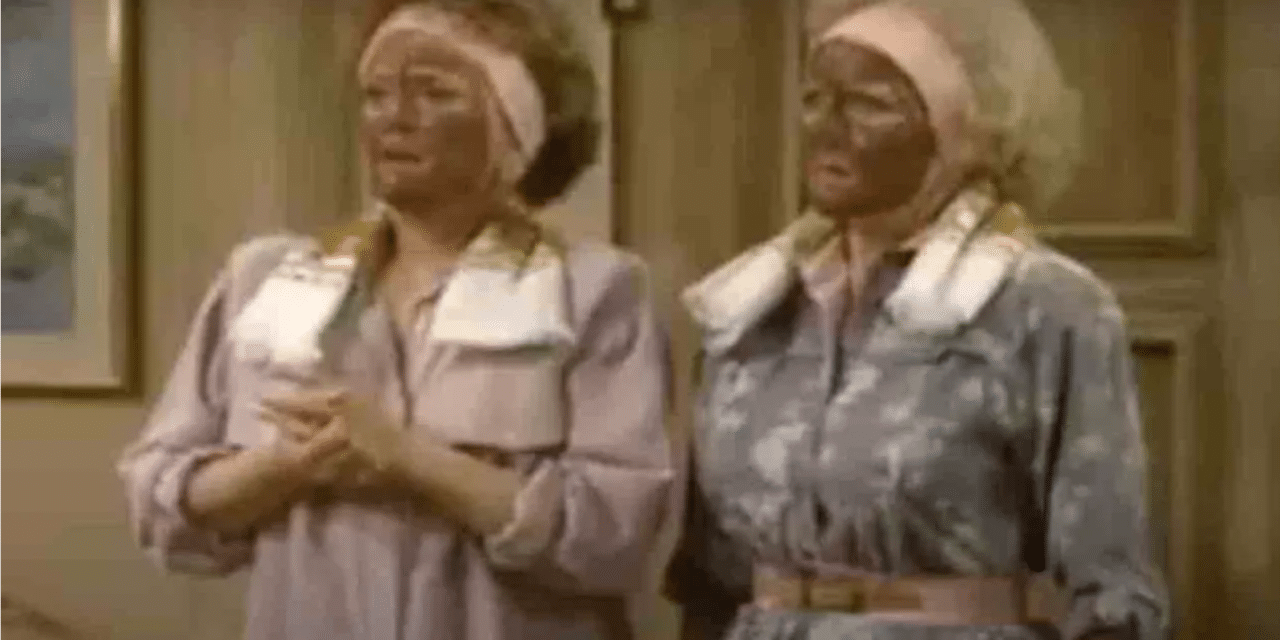 (TheBlaze) – Not even “The Golden Girls” are safe from the radical woke cult’s long left arm of the law. The Hollywood Reporter said Hulu has removed an episode of the beloved 1980s sitcom in which two characters are wearing mud facial masks, which are mistaken for blackface.

The 1988 episode “Mixed Blessings” focuses on Michael, the son of Dorothy (Bea Arthur), who’s planning on marrying Lorraine, a much older black woman. Dorothy has a problem with the couple’s age difference while Lorraine’s mother disapproves because of Michael’s race: “No daughter of mine is marrying some skinny white boy.”

Just before that moment, Rose (Betty White) and Blanche (Rue McClanahan) walk into the room wearing their mud facial masks. Rose picks up on the awkward moment: “This is mud on our faces; we’re not really black.” And prior to that line, Lorraine’s mother assumes Dorothy — who brings a feather duster to the door when she answers it — is the maid. Basically it’s one misunderstanding after another. READ MORE