5 Books In Heaven You May Not Have Known About 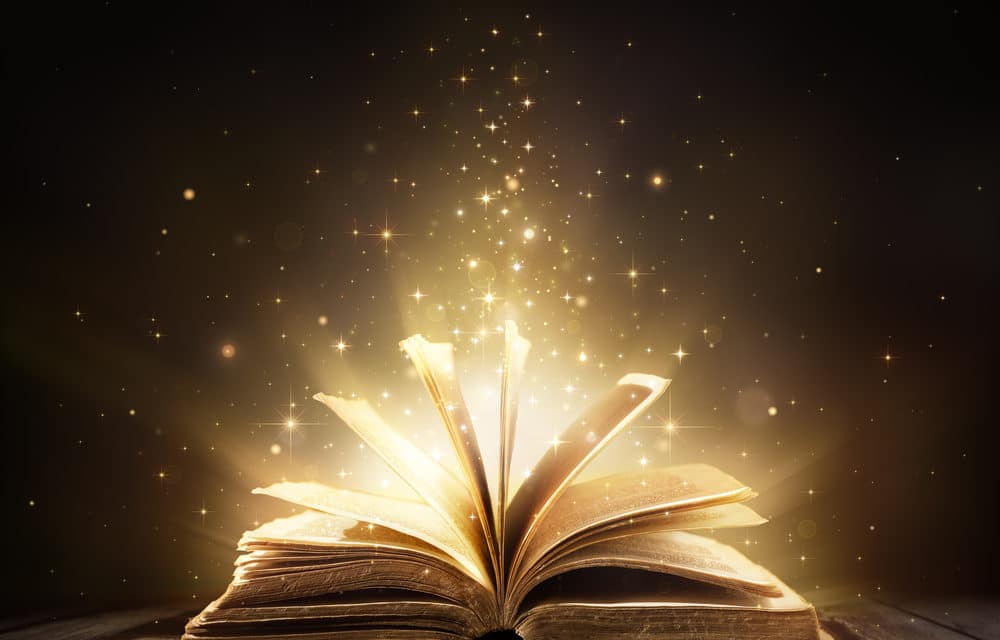 (OPINION) ETH – Did you know that there are books that exist in Heaven that contain everything from details about your life to even tears that you have shed on Earth? I want to reveal to you five books that are in Heaven that are found in the Bible.

Before I formed thee in the belly I knew thee; before thou camest forth out of the womb I sanctified thee, and I ordained thee a prophet unto the nations. – Jeremiah 1:5

More about this book was revealed to David, he wrote the following: “Your eyes saw my substance, being yet unformed. And in Your book they all were written, The days fashioned for me, When as yet there were none of them”. – Psalm 139

Before the physical birth of every human, there appears to be information recorded in heaven concerning the details of each living person. This is the Book of the Living, and the details for each infant were written before the infant was formed in the womb. God not only knew you before you were born, but he knows the very number of days you will live! God, Himself has a specific name that He has given to each person, and when we enter the heavenly kingdom, He will reveal to us our new name.

“For we are His workmanship, created in Christ Jesus for good works, which God prepared beforehand that we should walk in them.” – Ephesians 2:10

“ Just as He chose us in Him before the foundation of the world, that we should be holy and without blame before Him in love, having predestined us to adoption as sons by Jesus Christ to Himself, according to the good pleasure of His will, to the praise of the glory of His grace, by which He made us accepted in the Beloved.” – Ephesians 1:4-6

2- The Book of Tears
The next book I want to mention is the “Book of Tears” and this book can be found in the following passage of scripture:

You number my wanderings; Put my tears into Your bottle; Are they not in Your book? – Psalm 56:8

In the time of Christ, there were small tear bottles that used to collect the tears of men and women at funerals. These bottles of tears were sealed and collected. The imagery of this is that God watches over us and knows every tear that we shed. We also know that God is moved by broken hearts and contrite spirits according to (Psalm 34:18).

Another story in the Bible that gives credence to this, is the story of Hezekiah found in 2 Kings 20, who was sick and near death. He then received a message from Isaiah the prophet who went to him and said to him, “Thus says the Lord: ‘Set your house in order, for you shall die, and not live.’ ” 2 Then he turned his face toward the wall, and prayed to the Lord, saying,

3 “Remember now, O Lord, I pray, how I have walked before You in truth and with a loyal heart, and have done what was good in Your sight.” And Hezekiah wept bitterly. 4 And it happened before Isaiah had gone out into the middle court, that the word of the Lord came to him, saying, 5 “Return and tell Hezekiah the leader of My people, ‘Thus says the Lord, the God of David your father: “I have heard your prayer, I have seen your tears; surely I will heal you.

3- The Book of Remembrance
This Book is an amazing book referenced in the Old Testament in the Book of Malachi:

Then those who feared the Lord spoke to one another, And the Lord listened and heard them; So a book of remembrance was written before Him For those who fear the Lord And who meditate on His name.“They shall be Mine,” says the Lord of hosts, “On the day that I make them My jewels. And I will spare them As a man spares his own son who serves him.” Then you shall again discern Between the righteous and the wicked, Between one who serves God And one who does not serve Him.
Malachi 3:16-18

Interestingly, the Hebrew word for remembrance in this passage is “zikrown” and alludes to something done as a memorial. Another powerful example of this Book or Remembrance being referenced is found in the New Testament  in the Book of Acts 10:1-4:

“There was a certain man in Caesarea called Cornelius, a centurion of the band called the Italian band, A devout man, and one that feared God with all his house, which gave much alms to the people, and prayed to God always.

He saw in a vision evidently about the ninth hour of the day an angel of God coming into him and saying unto him, Cornelius. And when he looked on him he was afraid, and said, What is it, Lord? And he said unto him, Thy prayers and thine alms are come up for a memorial before God. ”

In this passage, we discover that there were four things about Cornelius that captured the attention of heaven and became a “Memorial” before God. Cornelius was a devout or (devoted) man, This included fasting as it is revealed in verse 30 of Acts chapter 10,

Cornelius was one who feared God with all of his household, He gave alms generously to the people, In other-wards Cornelius was a persistent giver and understood the blessing of “Giving and Receiving” and lastly, Cornelius prayed to God always and had a consistent prayer and devotional life. What we need to learn from this is that God sees and remembers our private and public devotion to him.

4- The Book of Works and Deeds
This next Book is because it addresses the rewards of the believer. The Bible indicates that there are records in heaven of our deeds and works that are done while we live on Earth. Remember we are NOT saved by works, but saved people work for God. These books are referenced in both the Old and New Teatmaents below:

“And I saw the dead, small and great, stand before God; and the books were opened. And another book was opened, which is the Book of Life. And the dead were judged according to their works, by the things which were written in the books“. –  Revelation 20:12

“Each one’s work will become clear; for the Day will declare it, because it will be revealed by fire; and the fire will test each one’s work, of what sort it is. If anyone’s work which he has built on it endures, he will receive a reward. If anyone’s work is burned, he will suffer loss; but he himself will be saved, yet so as through fire.” 1 Corinthians 3:13-15

“Take heed that ye do not your alms before men, to be seen of them: otherwise, ye have no reward of your Father which is in heaven”. – Matthew 6

5 – The Book of Life (Lamb’s Book of Life)
This fifth, final, and most important book is a unique book that contains the names of those who repent of their sins and have placed their trust in God for their salvation. Moses had knowledge that names could be added to or blotted out of this book in Heaven. When Jesus Christ became the High Priest of the heavenly temple and was positioned as the mediator between God and man, this book would later be renamed the “Lamb’s Book of Life” after Christ, who was called the Lamb of God in (John 1:29, 36).

The Bible reveals that names are inscribed or recorded in the Book of Life in heaven according to
(Luke 10:20) and in order to be granted entry to our eternal kingdom of heaven, our name must be found in this book:

“Yet now, if You will forgive their sin—but if not, I pray, blot me out of Your book which You have written.” And the Lord said to Moses, “Whoever has sinned against Me, I will blot him out of My book. ” – Exodus 32:32-33

“At that time Michael shall stand up, The great prince who stands watch over the sons of your people; And there shall be a time of trouble, Such as never was since there was a nation, Even to that time.  And at that time your people shall be delivered,  Everyone who is found written in the book.
Daniel 12:1

“Behold, I give you the authority to trample on serpents and scorpions, and over all the power of the enemy, and nothing shall by any means hurt you. Nevertheless do not rejoice in this, that the spirits are subject to you, but rather rejoice because your names are written in heaven.” – Luke 10:19-21

“And I urge you also, true companion, help these women who labored with me in the gospel, with Clement also, and the rest of my fellow workers, whose names are in the Book of Life“.
Philippians 4:3

“He that overcometh, the same shall be clothed in white raiment, and I will not blot out his name out of the book of life, but I will confess his name before my Father, and before his angels”.   - Revelation 3

“Then I saw a great white throne and Him who sat on it, from whose face the earth and the heaven fled away. And there was found no place for them. And I saw the dead, small and great, standing before God, and books were opened. And another book was opened, which is the Book of Life. And the dead were judged according to their works, by the things which were written in the books.