3 Reasons I Still Believe There Is a Hell 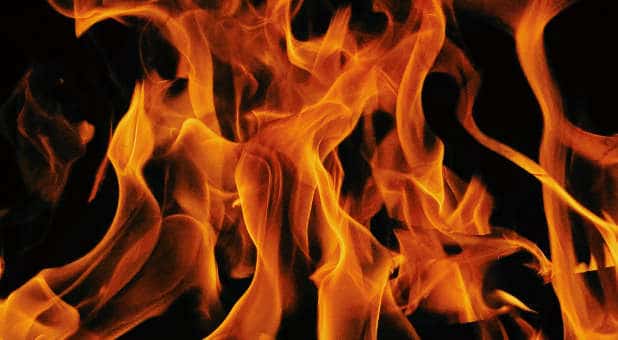 (OPINION) Charisma – I received an email from a person in another state asking my thoughts on hell. She went on to explain that many of her Christian friends have dispensed with the idea of hell and have chided her for being “stuck in religion” for believing in such “an old-fashioned doctrine.”

Indeed, many evangelicals are giving up the doctrine of hell as a place of eternal punishment, in spite of the fact that it is mentioned numerous times by Jesus and New Testament writers who urge their readers to avoid it at all costs. One of the starkest examples is in Matthew 18:8, where Jesus said, “If your hand or your foot causes you to sin, cut it off and throw it away. It is better for you to enter life lame or maimed than having two hands or two feet to be thrown into eternal fire.”

The argument commonly presented against hell is that it is inconsistent with a God whose chief characteristic is love. This argument, however, reveals a serious misunderstanding of love and the place of God’s justice in the matter. In the following essay, I present three reasons I still believe in hell: 1) God’s love made hell necessary; 2) Mankind’s freedom to choose made hell necessary; and 3) the Holy Spirit has confirmed the doctrine of hell throughout history.

No. 1: God’s love made hell necessary. Suppose a serial child molester is released from prison by a progressive, liberal judge. He immediately kidnaps an innocent child whom he abuses, rapes, and murders. The murderer/rapist is arrested, tried before the same judge, and is found guilty. The judge then sentences him to six months of community service, a $1,000.00 fine, and lets him go free.

Would we say, “Oh, what a loving and kind man is that judge?” No! We would be rightfully outraged because justice, you see, is a necessary component of love. Love without justice is an empty, sugary-sweet niceness that refuses to protect the righteous and do what is right and just in every situation. Such “love” is worthless and dangerous.

A parent who does not protect his/her children does not love them. Most parents will fight tooth and nail to protect their children, and that is an expression of their love. In a similar way, God will not allow the evil intentions of men and devils to mar the eternal happiness of those who have put their trust in Him. READ MORE