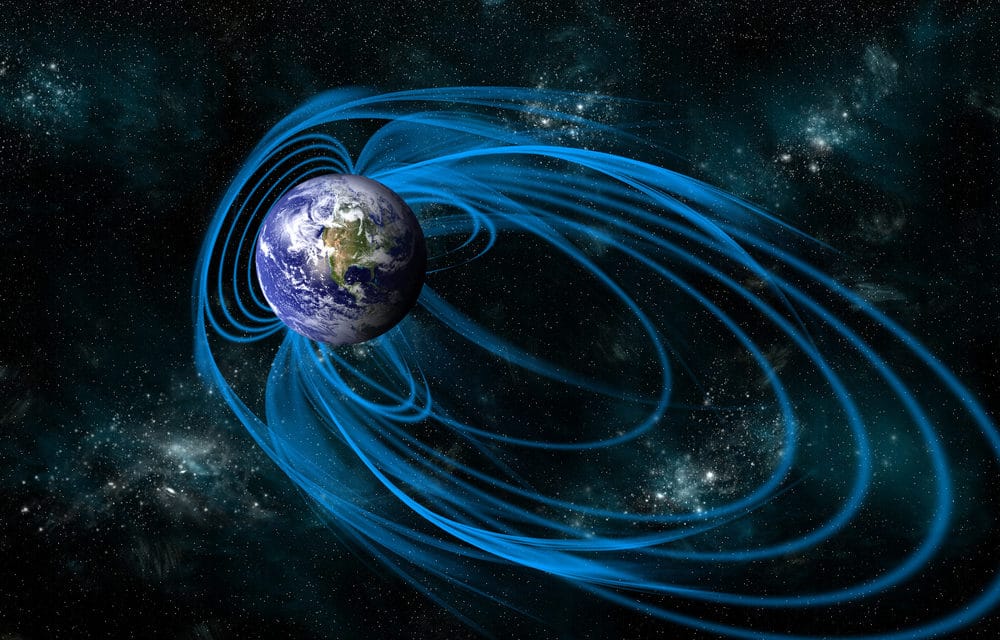 (Fox News) – Earth’s magnetic field is gradually weakening in an area that stretches from Africa to South America, and scientists who are trying to understand why.  This weakening is also causing technical disturbances in some satellites orbiting Earth.

Scientists are using data from the European Space Agency’s Swarm constellation to improve our understanding of this area, which is known as the ‘South Atlantic Anomaly.’ Among other things, Earth’s magnetic field protects humanity from space radiation and super-charged particles emanating from the sun.

According to the ESA, the magnetic field is generated by an extremely hot swirling liquid iron that comprises the planet’s outer core — which is about 3,000 kilometers under our feet. “The new, eastern minimum of the South Atlantic Anomaly has appeared over the last decade and in recent years is developing vigorously,” said Jürgen Matzka, from the German Research Centre for Geosciences, in a statement.

“We are very lucky to have the Swarm satellites in orbit to investigate the development of the South Atlantic Anomaly. The challenge now is to understand the processes in Earth’s core driving these changes.” READ MORE