Protests spreading around the US, Atlanta becomes new hotbed of unrest 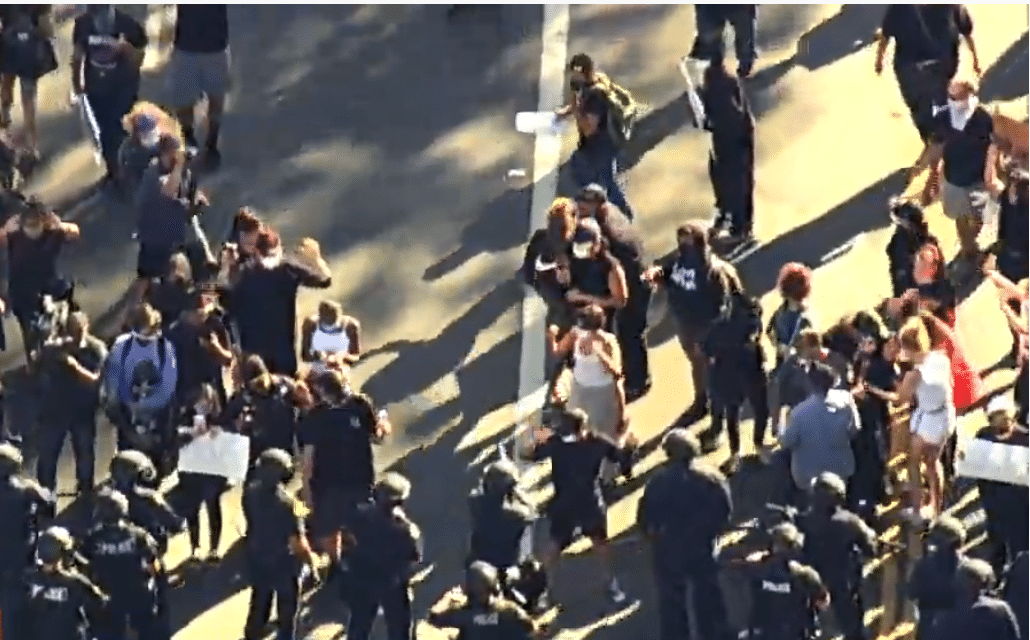 (ETH) – Protests are growing and spreading around the US as Protesters have reportedly set fire to a police car, struck police officers with bottles, and vandalized the headquarters of CNN, as well as breaking into a restaurant in downtown Atlanta as a demonstration that began peacefully has quickly changed the tone on Friday evening.

The report went on to state that Protesters also used barricades to shatter police vehicle windshields and also jumped from car to car. Hundreds of the protesters also were seen confronting police outside CNN headquarters in Atlanta. They spray-painted the large, iconic CNN logo outside the building and breaking a windowed entrance.

One protester was seen climbing on top of the sign and waved a “Black Lives Matter” flag to cheers from the crowd.  Many Protesters attacked officers who came over with bottles, striking some of them. Other bottles were also thrown at authorities which exploded behind the police line, but no officers appeared to get struck. Protesters chanted, “Quit your jobs .”  Police have ordered demonstrators to leave the street and have threatened to arrest them if they did not leave quickly.