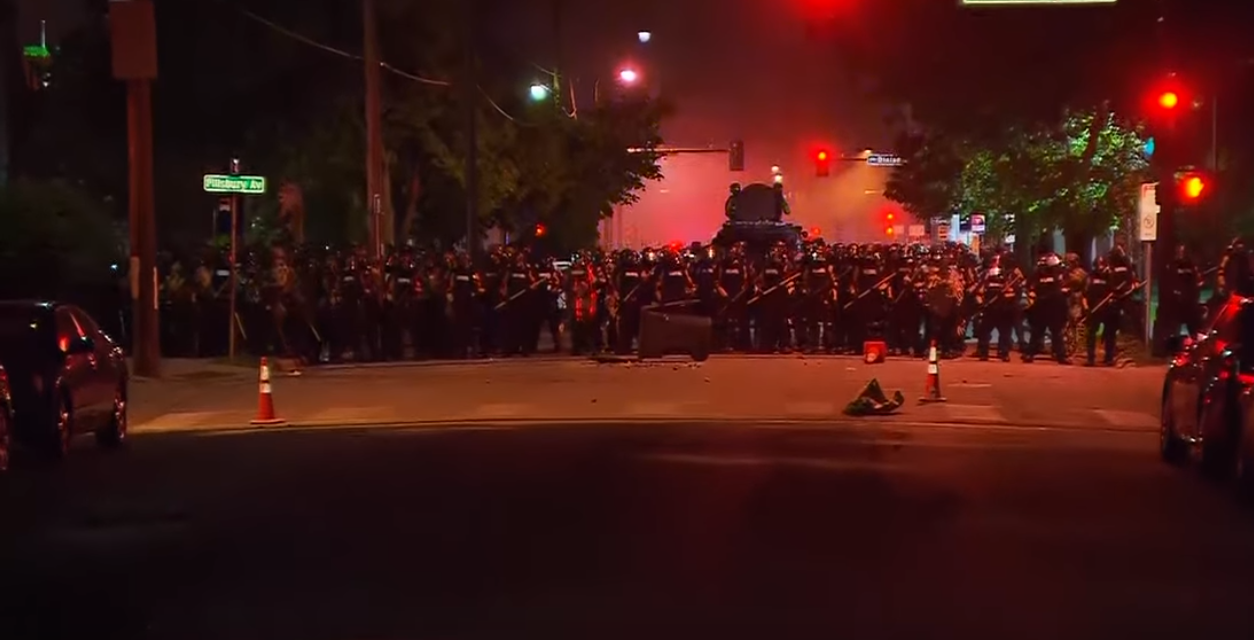 (ETH) – As unrest continues to spread across dozens of American cities resulting in fires, looting and even deaths the Pentagon has now reportedly taken the rare step of ordering the Army to put several active-duty U.S. military police units on alert and standby to be deployed to Minneapolis, where the police killing of George Floyd sparked the widespread protests.

According to Yahoo, Donald Trump has placed the US Army on notice to deploy to streets for first time since 1992 LA riots. Soldiers from Fort Bragg in North Carolina and Fort Drum in New York have all been placed on standby to be ready to deploy within four hours if called upon. Soldiers in Fort Carson, in Colorado, and Fort Riley in Kansas have all been told to be ready within 24 hours.

Meanwhile, two Federal Protective Service officers were reportedly shot – one fatally – during Friday night protests in Oakland, California, according to a report from the Daily Mail. This comes as at least 7,500 demonstrators flooded the streets in Oakland last night, clashing with police and sparking arson attacks and vandalism across the city.

In Washington, Protesters gathered outside the White House, with the president inside, and some tried pushing through barriers set up by the U.S. Secret Service along Pennsylvania Avenue forcing the White House to go on lockdown according to a report from the SF Gate.