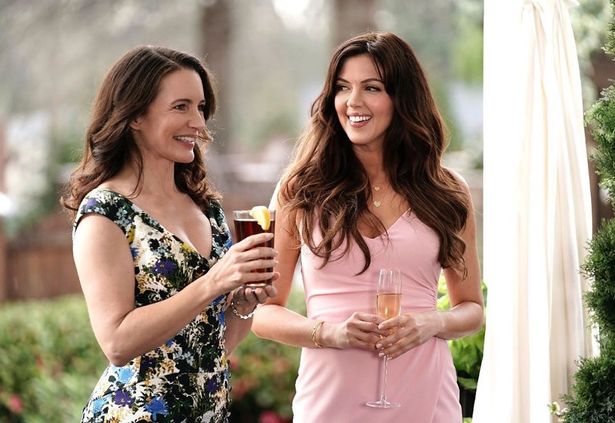 (ETH) – What has television come to in 2020? A new reality television series is raising a lot of eyebrows with its plot of 15 men competing to impregnate a 41-year-old woman they have never met. The new series called “Labour of Love” starring Kirsty Katzmann as the singleton hoping to get impregnated on the never been done before series according to a report from the Mirror.

In the debut episode, Kirsty introduced herself to the potential daddies as a professional and a divorcee from Chicago seeking to find the right man to have a child with. After having no success on the dating scene, Kirsty agrees to the challenge because she felt her ‘biological clocking was ticking’ and wanted to achieve her dream of motherhood.

“I had just turned 40 at the time and I had just gotten out of a relationship. I was trying to navigate dating, knowing that I still wanted to start a family and that time was definitely not on my side,” according to Kristy.

The 15 men who will be competing to be the father of her child must undergo a sperm analysis to make sure they are the right candidate for Kristy as well as trying to impress her with charm and looks.  “It might sound like a total dream to date 15 incredible men at, once but it’s actually super overwhelming. I think it really requires you to stand in your own presence and really know what you want,” said Kirsty.

Many have expressed disgust and outrage over the new series and Kristy’s attempt of having a child in this fashion, but Kristy fires back at the critics suggesting the though show lacks heart, Kirsty said she was conscious throughout to not be cruel to the rejected contestants.

According to the Mirror, Kristy claims she has had bad experiences with dating herself, Kirsty sand took the time to get to know each man properly and was also keen to avoid ‘ghosting’ when it came to giving those she turned down the boot. “Every time I sent a guy home, I had a real conversation with him,” she said, adding: “I had real relationships with these men.” Enter fifteen potential suitors who all moved into a house together and take it in turns to date Kirsty in the hopes of one day providing her with their sperm.