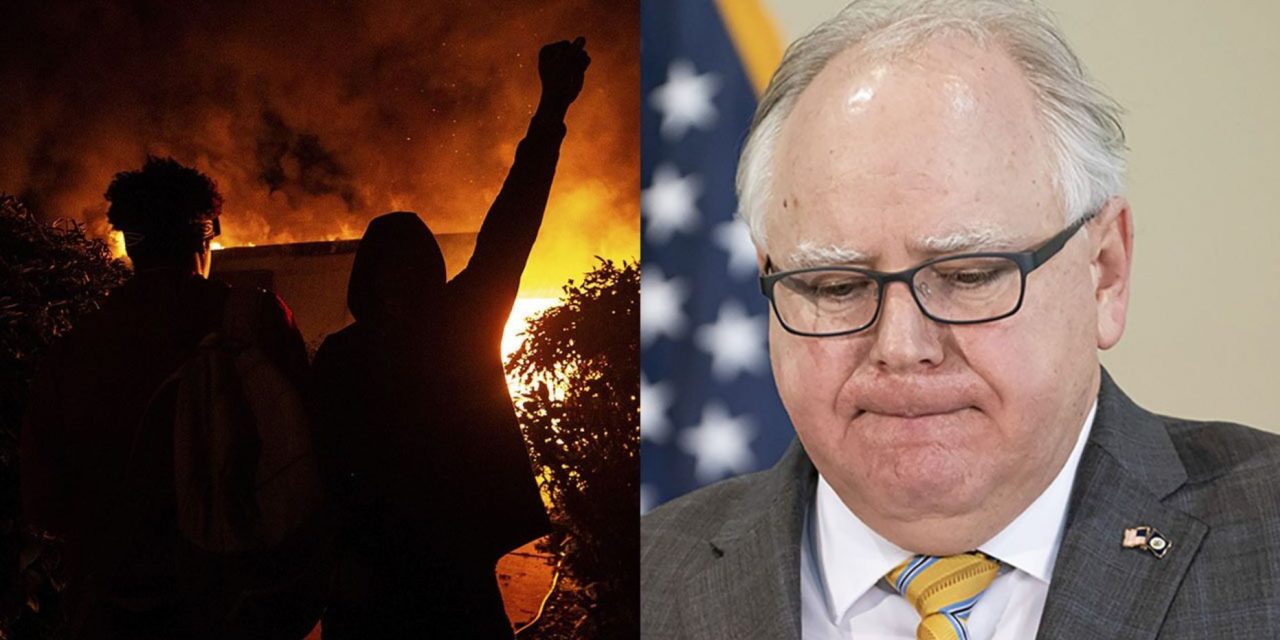 (Fox News) – The state of Minnesota has requested an additional 1,200 National Guard soldiers be deployed after rioting broke out once again Friday night following the death of George Floyd earlier in the week. Gov. Tim Walz and Minnesota National Guard Adjutant Gen. Jon Jensen announced the request at a news conference early Saturday.

Guard personnel already deployed in addition to state and local police haven’t been able to control the violence and unrest that the Minneapolis-St. Paul area has seen in recent days, Walz said. Gen. Jensen hopes the state will have 1,700 soldiers ready to go for Saturday night, making it the largest deployment in state history.

“This is the largest civilian deployment in Minnesota history that we have out there today and quite candidly right now, we do not have the numbers,” Walz said. “We cannot arrest people when we are trying to hold ground because of the sheer size, the dynamics, and the wanton violence.”  Minneapolis police said gunshots were fired at police officers near the city’s Fifth Precinct on Friday night, one night after rioters broke into and torched the Third Precinct, FOX 9 reported. READ MORE