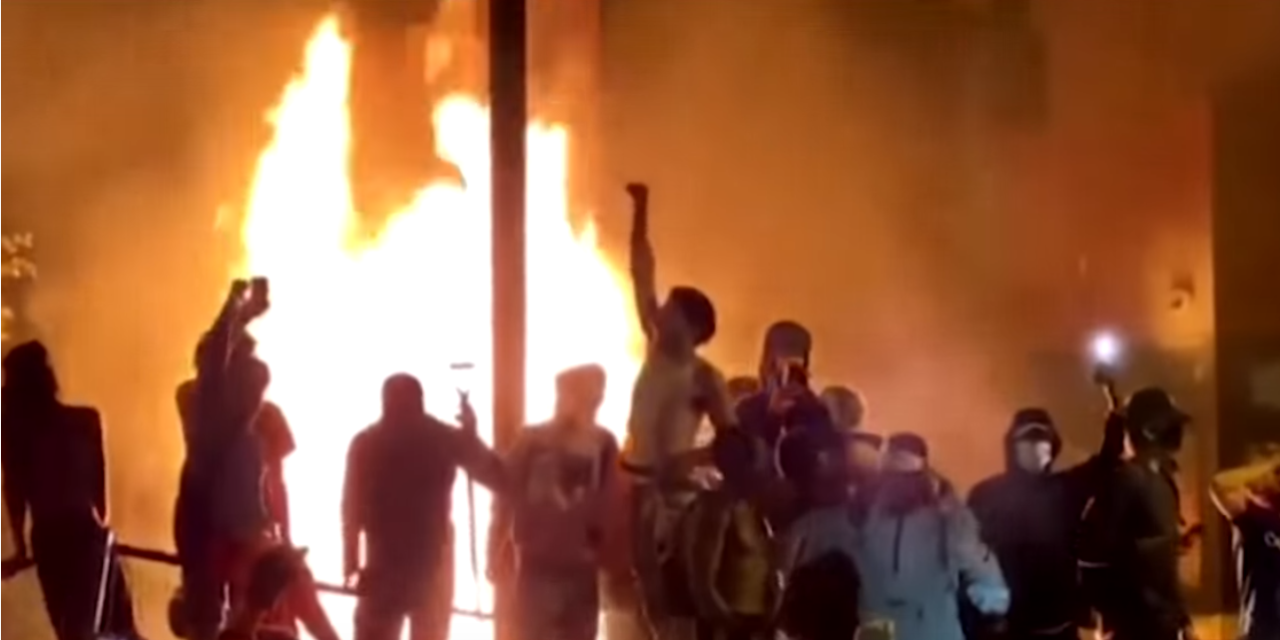 (ETH) – Violent protestors breached the Third Precinct police station in Minneapolis last night and set it on fire as unrest continued in the city — and other cities across the U.S. — following Monday’s death of George Floyd, a black man who died while in police custody according to Fox News.

The report also indicated that more than 500 members of the National Guard were being mobilized to the region after being called in by Governor. Tim Walz, according to the Star Tribune of Minneapolis.  The report stated that the rioters broke into the precinct around 10 p.m. local time, following a failed attempt by police on the rooftop trying to disperse a gathering crowd using “flash-bang” shots and tear gas.

Meanwhile,  A CNN reporter and his camera crew were reportedly arrested while trying to covering the protests and unrest in the city. According to Fox 17 Nashville, CNN reporter Omar Jimenez along with producer Bill Kirkos and photojournalist Leonel Mendez were on the ground and reporting the ongoing protests over the death of George Floyd when state police took them into custody after being told to

move but stayed at their location despite Omar Jimenez being heard on video saying that they’ll go wherever police want them to, adding “we’re getting out of your way when you were advancing through the intersection. Let us know and we’ve got you.”. The event led to the mayor of Minneapolis Tim Walz to apologize.