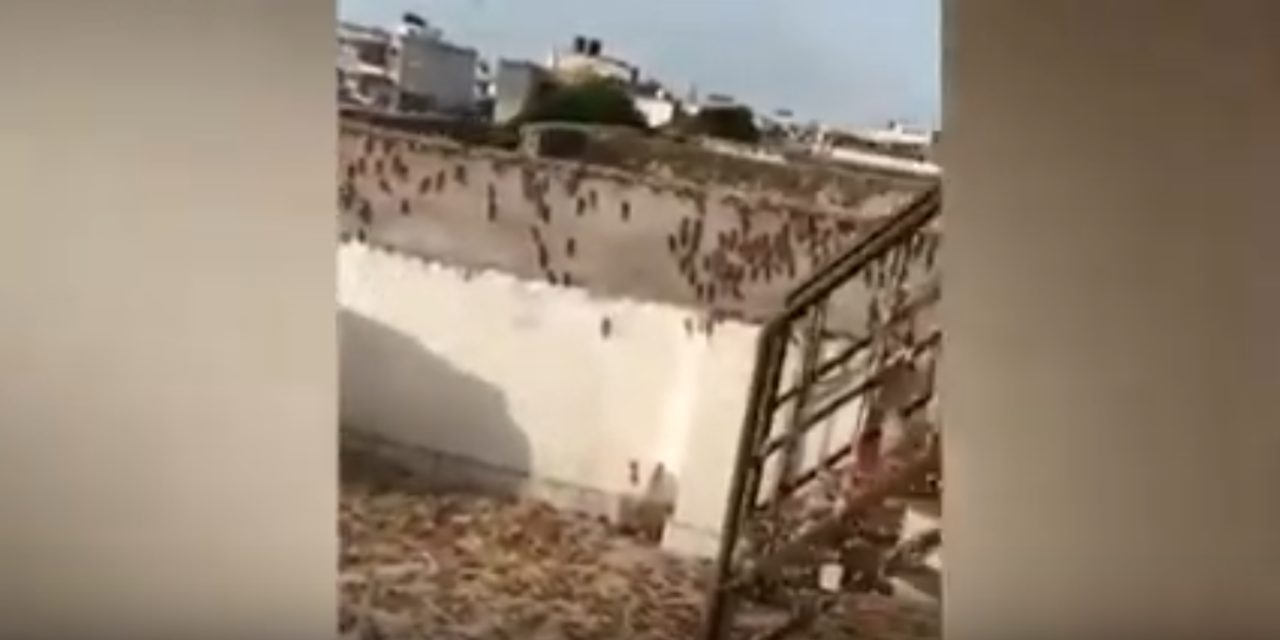 (ETH) – Billions of locusts have descended across India’s iconic city of Jaipur, turning the sky black triggering a state of emergency in the agricultural areas of Uttar Pradesh, Rajasthan, Maharashtra, and Madhya Pradesh.

According to a report from Express, Video footage shows a surge of insects blotting out the Sun and forcing locals to flee for shelter. The man filming the video is heard saying “There are billions and trillions. “There are uncountable numbers of locusts flying in the sky. “This is something I have never ever seen in my life.”

The video shows a roof floor that has changed color by a swirling mass of insects. Within a matter of seconds, the locusts are shown entirely covering a stairway and proceed to destroy crops and send locals into despair.

The report goes on to state that Billions of locusts blanketed the sky during the second plague in Jaipur which took place on Monday, May 25th triggering a local emergency that was declared in the city and in nearby agricultural areas of Uttar Pradesh, Rajasthan, Maharashtra, and Madhya Pradesh.

Officials attempt to bring the plague under control by spraying insecticides on crops to ward off the locusts.  The Locusts are believed to have migrated from neighboring Pakistan after leaving crops destroying there.

According to Express, The news coincides with biblical scholar Michael Snyder’s shock claim that 10 plagues are simultaneously hitting the planet right now and he suggests the most recent – coronavirus and a deadly locust swarm in Africa – could be a sign of the apocalyptic “End Times”.

The 10 plagues include turning water to blood, a plague of frogs in the Nile, a plague of lice, wild animals of flies that harm people, the pestilence of livestock, a plague of boils, thunderstorms of hail and fire, a plague of locusts, darkness for three days and death of firstborns.