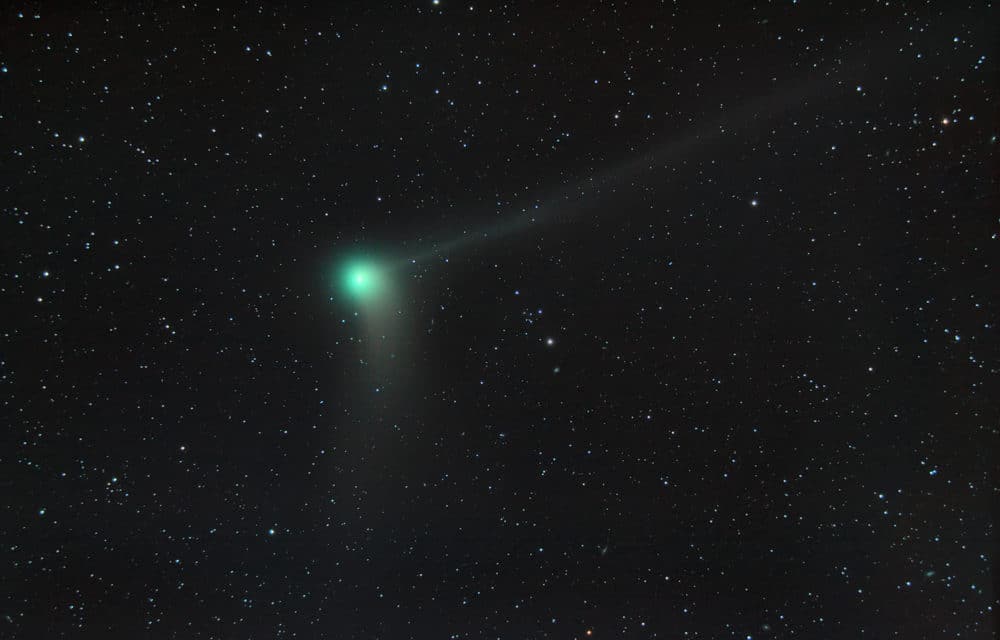 (ETH) – Astronomers are talking about Comet Swan with its amazing 11 million mile long tail was visible in the night sky and able to be seen with the naked eye.  According to the Daily Mail, The ball of ice, which was first discovered back in April by astronomer Michael Mattiazzo from Australia, has already passed the Earth but is reportedly getting brighter as it approaches the Sun.

The report states that it will be best viewed from the southern hemisphere, but those in the northern hemisphere will still be capable of viewing it low on the horizon in the pre-dawn hours. The comet is currently roughly 53 million miles from the Earth and is expected to be a ‘significant’ comet in terms of visibility, according to the European Space Agency.

The green-tinged comet makes its appearance in the inner part of the solar system once every 11,597 years and has a long blue tail stretching 10 million miles behind it. The comet is currently moving from the southern to the northern skies and is faintly visible to the naked eye,

but current estimates suggest that, by the end of the month, it could be significantly brighter – if it survives that long. The report states that the comet will be visible from Friday night and through the weekend as a faint and fuzzy dot with a long tail – you’ll get a clearer view with binoculars or a small telescope.