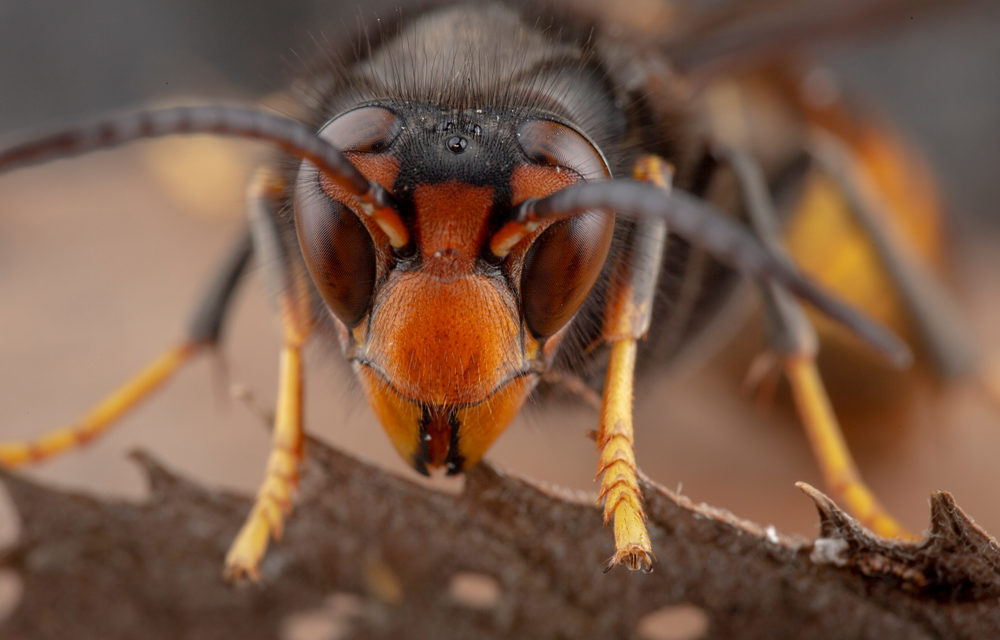 (ETH) – The deadly Asian giant hornet, the largest sized species of hornets in the world, has officially arrived in North America for the first time. These Asian giants have several other names such as “murder hornets,”, “Giant Sparrow Bees,” and the “yak killer.” and is native to temperate and tropical Eastern Asia.

However, beekeepers in northwestern Washington state and Canada have recently discovered hundreds of decapitated honey bees, pointing to the presence of these killer Asian Giant Hornets in North America. These killers prey on larger insects, such as praying mantises, wasps, other hornets, as well as bees. The most disturbing aspect of these insects is the fact that they are so deadly that in just a matter of hours, they can literally wipe out entire colonies of eusocial insects, including bees.

Just an individual hornet can wipe out 40 European honey bees in a single minute. “With queens that can grow to two inches long, Asian giant hornets can use mandibles shaped like spiked shark fins to wipe out a honeybee hive in a matter of hours, decapitating the bees and flying away with the thoraxes to feed their young,” the New York Times reported.  “For larger targets, the hornet’s potent venom and stinger — long enough to puncture a beekeeping suit — make for an excruciating combination that victims have likened to hot metal driving into their skin.”

These Giant Hornets have a sting that can kill humans. Over the course of only three months in 2013, these Asian Giant Hornets reportedly killed 42 people and injured 1,675 people in China. Japan also reports that Asian giant hornets kill 50 people a year.

The toxic venom of these killers destroy red blood cells, which can result in kidney failure and death, explained Justin O. Schmidt, an entomologist at the Southwest Biological Institute in Tucson, Arizona. The severity of the sting depends on how individuals respond to the venom of the hornets.

Some people are more allergic to insect stings than others, which can cause a fatal anaphylactic reaction that closes airways or triggers cardiac arrest.  Researchers are racing against the clock to prevent these deadly murder hornets from establishing a home here in the U.S. and decimating bee populations which could result in disastrous ramifications.