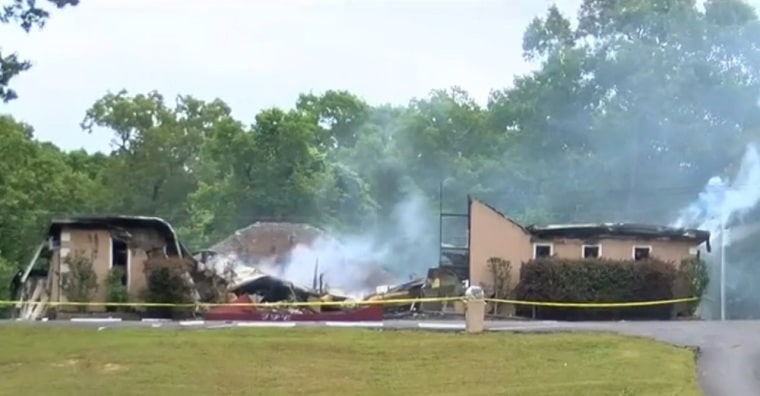 UPDATE: (CP) – A Mississippi church that filed a lawsuit against a town ban on worship gatherings was destroyed by a fire Wednesday morning that investigators believed was set as an act of arson. According to local news reports, firefighters responded to a fire at First Pentecostal Church of Holly Springs around 2 a.m. on Wednesday. Responders arrived to find the church building engulfed in flames.

Fox 13 reports that investigators found cans of spray paint on the ground with graffiti on the pavement of the church parking lot. The graffiti in the parking lot reads: “Bet you stay home now you hypokrits (sic).”

“We do believe that based on the evidence and what we have seen at the scene and on top of the hill this was an arson,” Marshall County Major Kelly McMillan said, according to the news station.  Pastor Jerry Waldrop, who has pastored the church for over 30 years, told news station WMC5 that it’s “hard to wrap your head around the idea that someone may have orchestrated this or done this.”  Waldrop said the church has “no enemies that we know of.” READ MORE