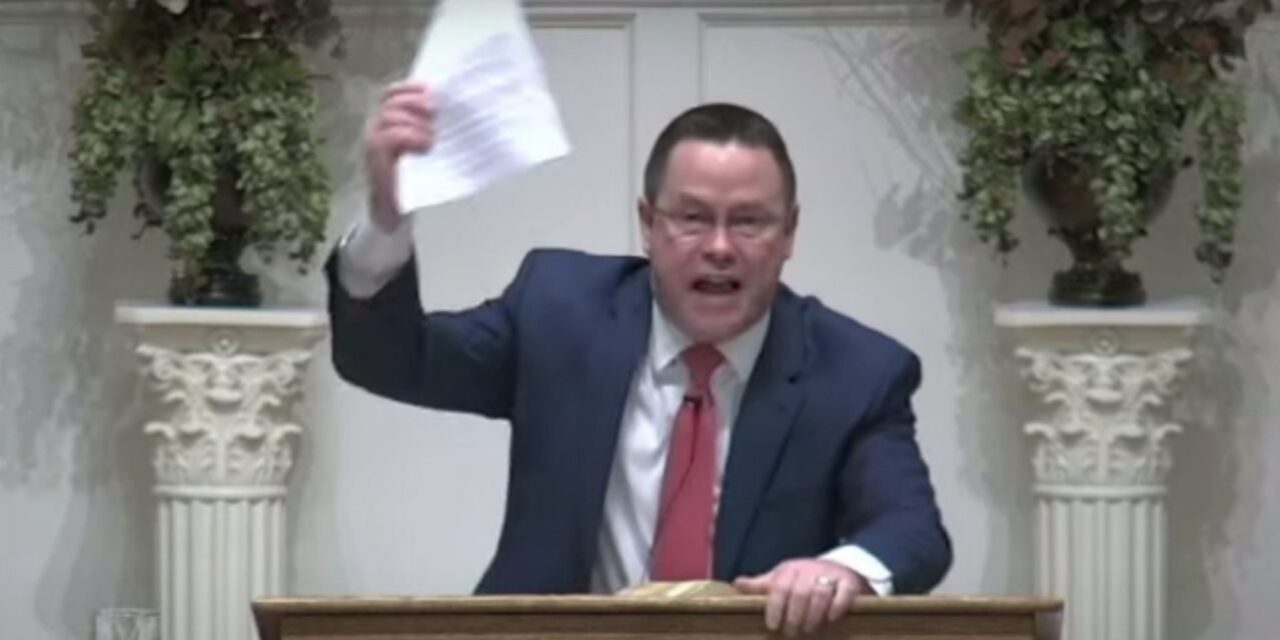 He left the timing up to local jurisdictions. The state has had more than 41,000 confirmed coronavirus cases and at least 2,081 deaths. Stacey Shiflett, the pastor of the 400-member Calvary Baptist Church in Dundalk, held a Wednesday night service.

With more than 100 congregants in the 600-capacity sanctuary, Calvary was in compliance with Hogan’s order but in defiance of the Baltimore County Department of Health and Human Services’ order.  “Either we have the liberty to worship or we have permission to worship,” Shiflett told Fox News about his decision.

“It has become abundantly clear that if we settle for permission, we will never have liberty again.”  The Baptist pastor posted a video of the shredding on Twitter, in which he can be heard preaching: “With this cease-and-desist letter in my hand, the Bible says to the New Testament church ‘not forsaking the assembling of yourselves together as the manner of some is, READ MORE