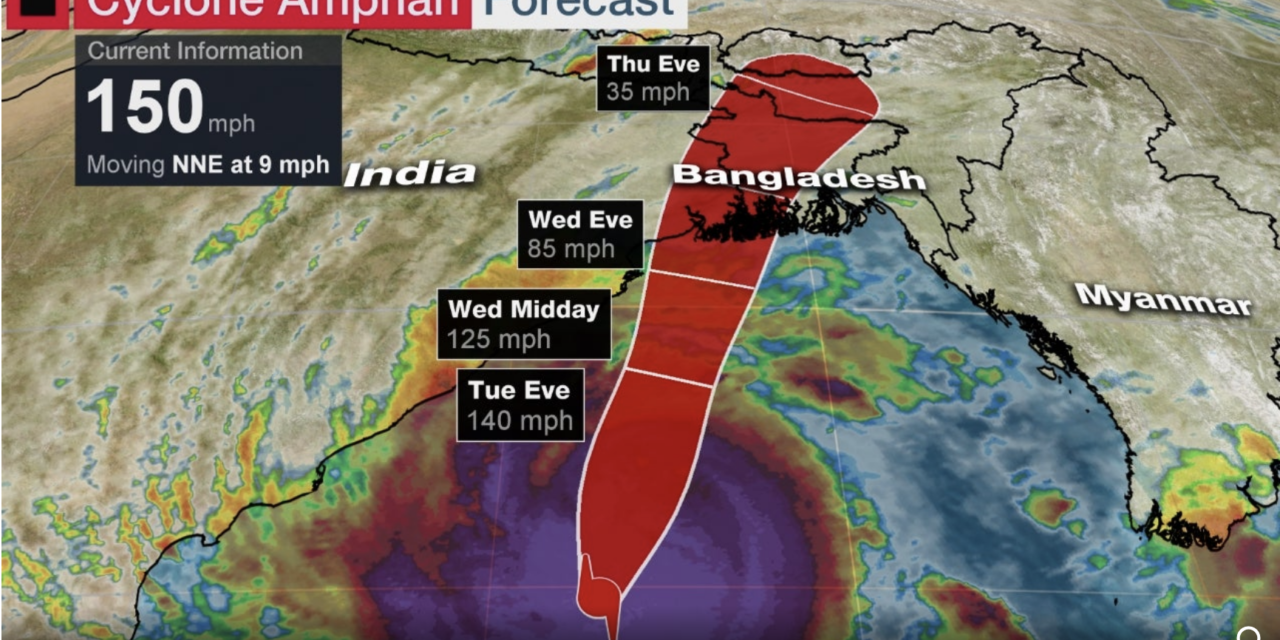 (ETH) – Tropical Cyclone Amphan intensifies into a Category 5 “Super Cyclone” heading toward India and Bangladesh, posing a serious threat to one of the world’s most vulnerable populations to cyclones according to the Weather Channel.

Amphan (pronounced AM-pun) is currently in the northern Bay of Bengal and will track generally north-northeastward into midweek.  The report indicated that Amphan’s Maximum sustained winds in increased from 75 mph to a stunning 160 mph in only 24 hours from Sunday afternoon into Monday afternoon India time.

This means that Amphan strengthened from a Category 1 to a Category 5 equivalent on the Saffir-Simpson Hurricane Wind Scale with winds later increasing to 165 mph, which tied it with Gonu (2007) for the strongest tropical cyclone on record in the North Indian Ocean dating to 1972, this according to a report from Dr. Phil Klotzbach, a tropical scientist at Colorado State University. The cyclone is expected to weaken some because of increasing wind shear and dry air on its approach to eastern India and Bangladesh.