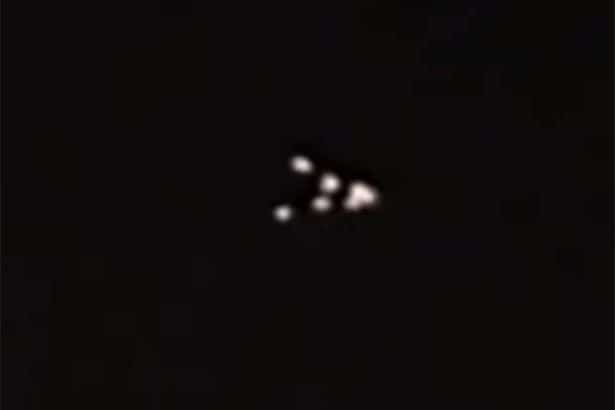 The triangle-shaped UFO has appeared again. It has been spotted for the third time this year above Texas, in what appears to be an astonishingly-clear video.  According to reports, The mysterious “craft” was first seen on New Year’s Day in Houston, before being spotted again above a motorway in Bogata last month.

According to the report, the object has been seen above Seguin in possibly the clearest video recorded yet. The video shows what appears to be a collection of seven lights moving in a triangle formation across the night sky. A stunned man behind the camera can be heard exclaiming: “What the f***?” The lights continue on their path and after just a few moments disappear out of sight.

YouTube conspiracy channel Disclose Screen posted the video in a round-up of UFO sightings on March 28. One viewer suggested: “I think one or two of these are the army and the police playing with their new toys.” Some believe these crafts are an example of a top-secret government fleet of craft known as the TR-3B.

The TR-3 Black Manta is the name given to a supposed surveillance plane of the United States Air Force, speculated to have been developed under a black project. It is said to be a supersonic stealth spy plane with a triangular design although it has never been officially confirmed. Other viewers claim it could be Chinese lanterns, drones or simply passenger planes.