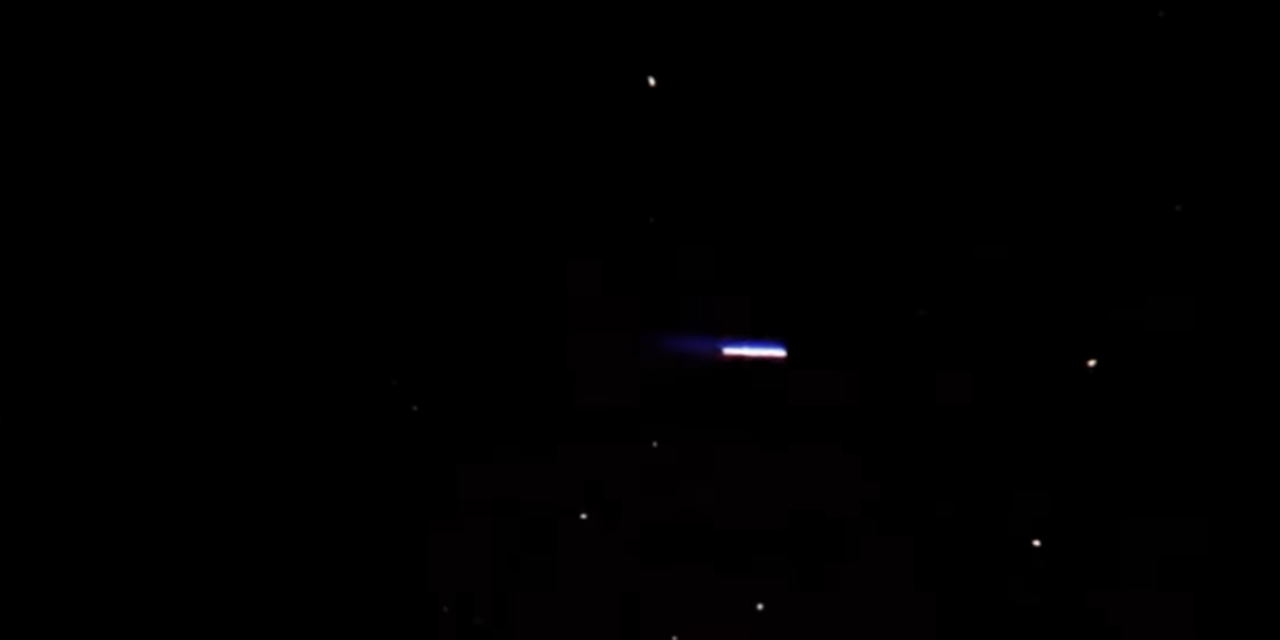 (ETH) – The long, slender object that has been seen multiple times around the world including North America, Europe, and Latin America has returned.  The mysterious cigar-shaped UFO has returned again in the United States, this time it has been spotted over the city of Omaha, Nebraska.

Instead of floating in the air like it was seen in times past, the object raced through the sky. The colors of the mysterious object were also different as well.  In past videos, it was black, but now it was blue and glowing. The most recent spotting was recorded by an amateur astronomer, who sent the video to the popular YouTube channel MrMBB333, which is dedicated to mysterious events.

The video quickly went viral, with more than 12,000 people seeing it. One Youtube user who saw the video wrote: “That’s no meteorite. I’ve witnessed meteors coming in and whatever that is, it’s not of nature”. Another said: “There are what they call rods. Instead of the usual round ufo’s we’re used to, those are shaped like cigars”.

Other viewers stated that they had seen similar objects in the sky. One user wrote: “I caught it vertical yeah it kinda looked iridescent. I’m in West Phoenix. But caught it in South Mountain area”. According to Sputnik, Snake or cigar-shaped UFOs have been spotted quite frequently in recent months in the United States, but they have also been seen in Scotland and recently in Brazil, where it had an unusual color.