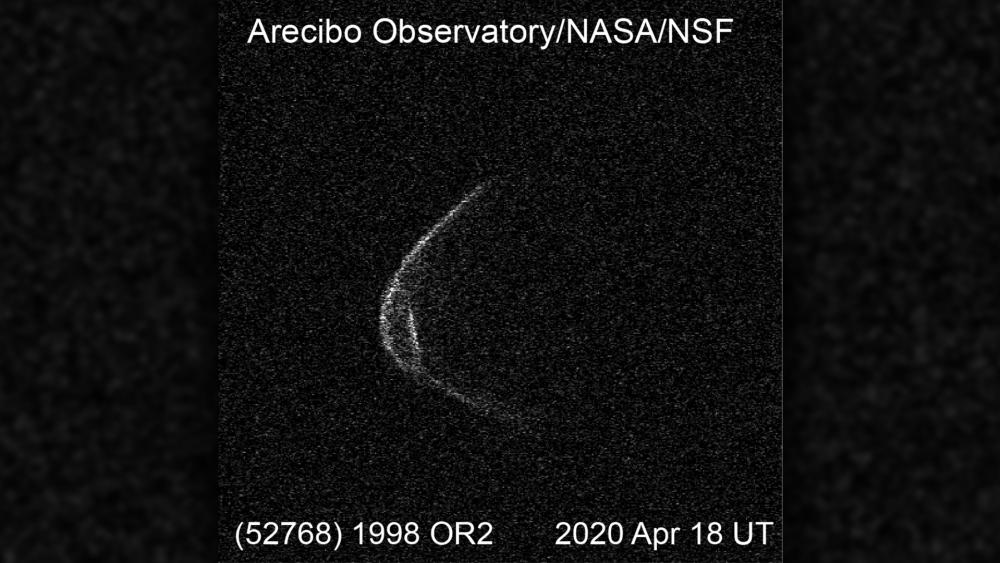 (CBN) – An image of an asteroid that will pass by the Earth on Wednesday, appears to show it’s wearing its own mask. The image captured by Arecibo Observatory in Puerto Rico looks as though the space rock named 52768 (1998 OR2) will also practice its own social distancing as it will pass almost four million miles away from Earth at 5:59 am EDT on Wednesday, according to USA Today.

NASA reports the asteroid is between 1.1 miles and 2.5 miles (1.8 to 4.1 kilometers) wide. It is classified as “potentially hazardous” by the space agency due to how close it will come to our planet.  But scientists stress we have nothing to fear from the large rock’s fly-by. It will give researchers and astronomy buffs a great view when it passes.

Asteroid 1998 OR2 will safely pass by Earth at a distance of 3.9 million miles/6.2 million km on April 29. Astronomers studying the #asteroid with radar are also keeping a safe distance—from each other! Just another day for #planetarydefense https://t.co/32BSc0TkPM

“The small-scale topographic features such as hills and ridges on one end of asteroid 1998 OR2 are fascinating scientifically,” said Anne Virkki, head of planetary radar at Arecibo Observatory, in a statement. “But since we are all thinking about COVID-19, these features make it look like 1998 OR2 remembered to wear a mask.” “Although this asteroid is not projected to impact Earth, it is important to understand the characteristics of these types of objects to improve impact-risk mitigation technologies,” she said. READ MORE