Was Pelosi Ripping Trump’s Speech In Half A Harbinger Of What Is About To Happen To America During This Election? 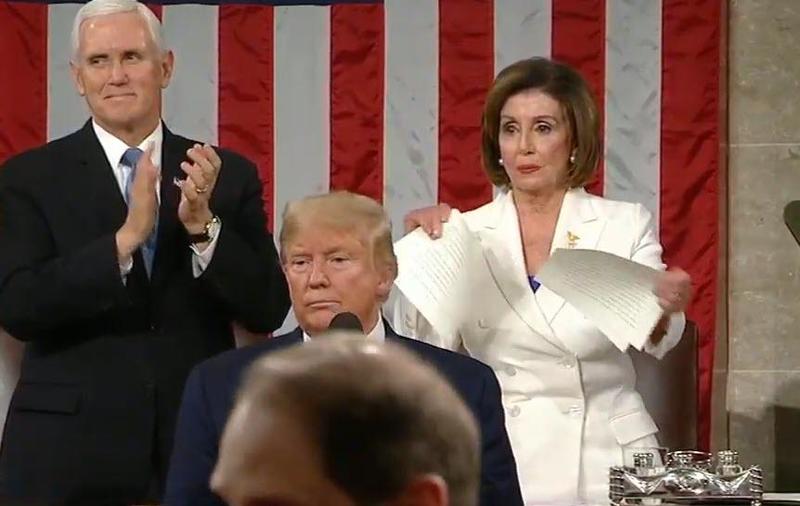 OPINION (Michael Snyder) – It is a rare thing to witness a truly iconic moment happen on live television, but that is precisely what tens of millions of Americans had the opportunity to do on Tuesday night.  At the conclusion of President Trump’s State of the Union address, House Speaker Nancy Pelosi ripped her copy of Trump’s speech in half in front of a nationwide audience.

We have never seen anything like that before in the entire history of this country, but of course so many unprecedented things have taken place during Trump’s presidency.  Pelosi is claiming that she did not plan in advance to rip the speech in half, and at that moment she probably wasn’t doing much thinking at all, but it is a moment that will live in all of our memories for the rest of our lives.  Pelosi shocked the entire nation by tearing the speech in two, but more importantly I believe that her action was a perfect metaphor for what is about to happen to America.  We are more deeply divided than we have ever been, and during this election season I believe that we will see very frightening eruptions of anger and frustration all across the United States.

Nobody expected Trump and Pelosi to be friendly with one another on Tuesday night, and Trump immediately made national headlines when he refused to shake Pelosi’s hand… Pelosi omitted the customary language about it being a high privilege and a distinct honor to introduce the president. Trump then handed the traditional copies of his speech to Vice President Mike Pence and to Pelosi, but when she reached out to shake his hand, he turned his back on her. If you have not seen video of that moment yet, you can watch it happen right here. Considering the fact that Pelosi has been leading the charge to impeach Trump for the last several months, it really wasn’t a surprise that he didn’t want to shake her hand. READ MORE