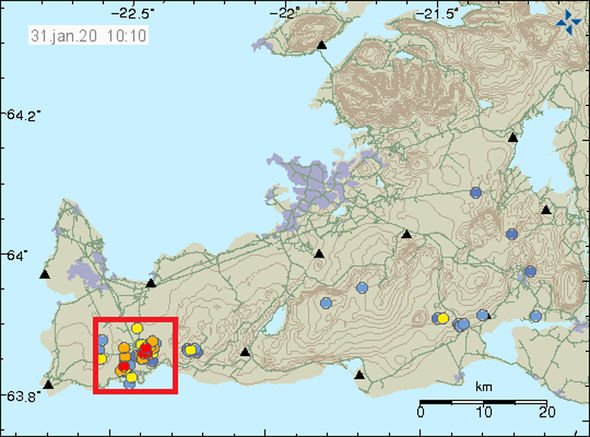 (ETH) – Mt Thorbjorn in Iceland may be showing signs of a soon eruption as reports are indicating that the volcano is exhibiting unusual activity deep below the surface. This volcano in Iceland is located on the Reykjanes peninsula. According to reports from Express, Ground movement around the volcano has led to the Iceland Met Office speculating as to whether a magma build-up below it could result in an eruption.

Experts have been closely monitoring the situation now for over a month and have noted ground inflation or swelling at a daily rate of between 3 to 4cm.  “Severe Weather Europe” or the SWE has stated that: “The inflation is most likely a sign of magma accumulation at a depth of around 4 to 5 kilometres.” This report comes a day after we reported of another situation that is occurring in Ecuador, where Scientists have come out warning that the Tungurahua volcano there is exhibiting early signs of what they are saying is an impending “catastrophic collapse”.