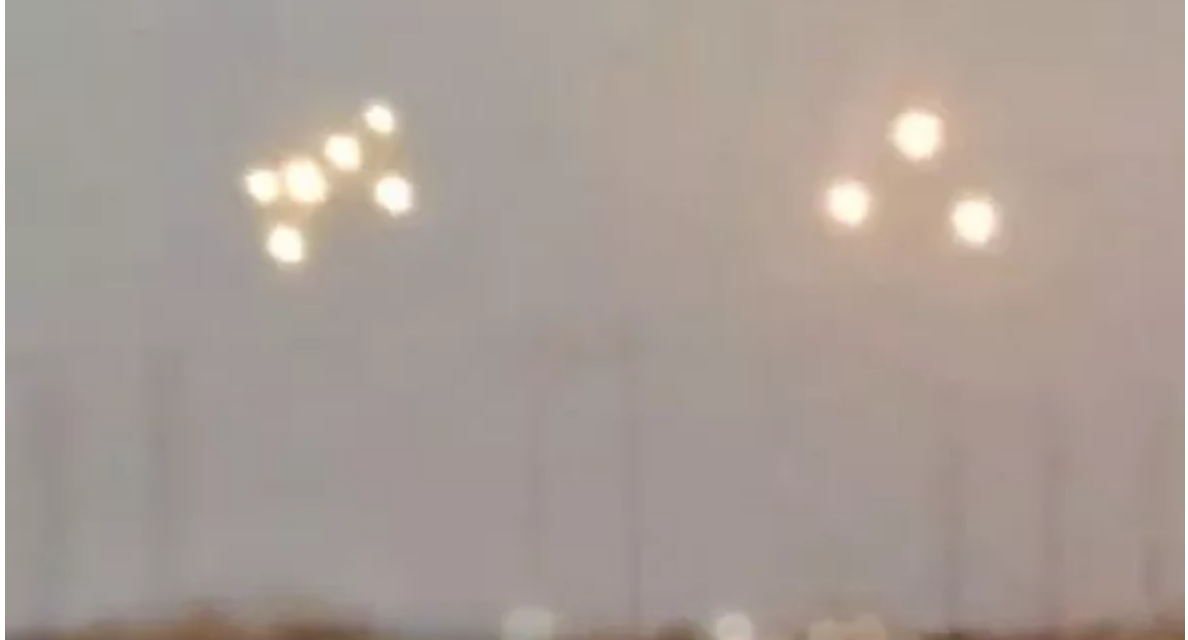 OPINION (Express) – UFO enthusiasts have claimed to have captured video of a convey of alien crafts apparently hovering in formation over the Arizona desert. Footage of unusual activity in US airspace has emerged online. And prominent alien life advocate Scott Waring believes the strange lights are likely to be a small fleet of alien UFOs. Waring, who shared the bizarre footage on his etdatabase.com site, said:

“I’m calling it a UFO fleet.” He said: “This UFO fleet was recorded by an eyewitness who watches as the lights in the sky disappeared one by one.  “UFOs such as these have been seen around the world from Taipei city to Rapid City, while similar sightings have occurred in South Dakota.”

However, the self-proclaimed UFO expert admits there could be a more prosaic explanation for the strange lights ion the sky.  He said: “We have to take into account there is a Marine Core Air Station in Yuma, Arizona, which could be dropping flares over their 3,000 acres of military land. “It is hard to say unless the eyewitness went in that direction to find out. “I really wish he did or gave us some indication of the exact location.” READ MORE