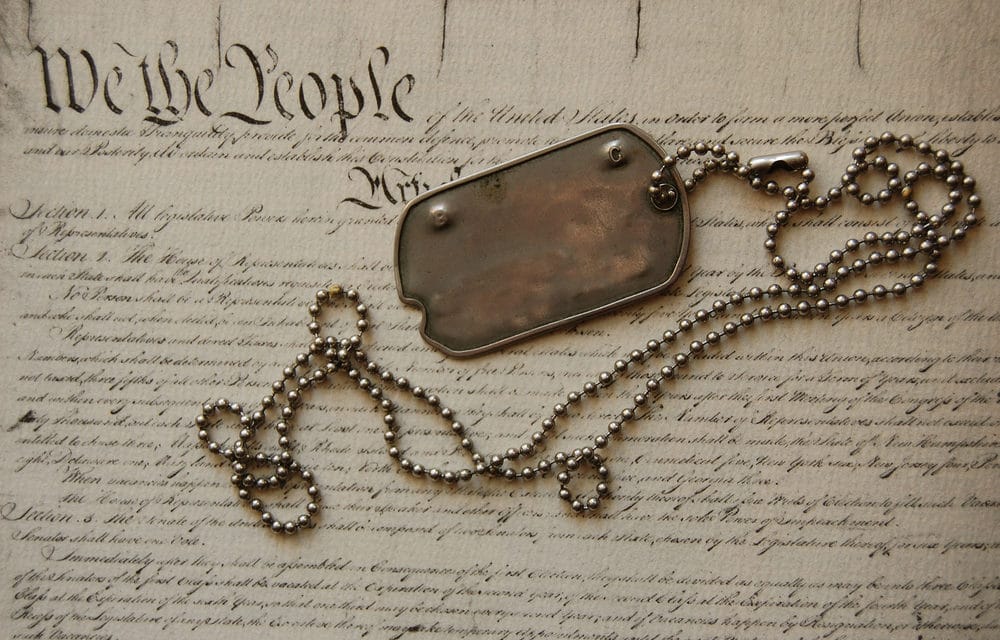 (ETH) – The US military has reportedly ordered a Texas company known for printing scripture on military dog tags to stop immediately after pressure from an organization called the Military Religious Freedom Foundation complained to the Pentagon over it.

The company called “Shields of Strength“, has been making these dog tags for about 20 years now and has been a blessing to countless military men and women. The company owner and founder Kenny Vaughan emotionally responded by saying:

“Soldiers and Marines love having God’s word around their necks it encourages them and strengthens them for their fight,” “I made a dog tag with a scripture on it because my girlfriend had written them on my equipment as an athlete and it changed my life forever and I wore it under my own shirt for my own reminder and I gave it to a soldier and it encouraged him in battle and that’s why we’re in business,” Vaughan said.

CBN News who reached out to the company owner reported that Vaughan has made hundreds of thousands of these dog tags for US military men and women, many of them, he says, for free. Air Force and Marine veteran Kenneth Davis explains what the dog tags mean to him. “This is believing that you’re going to live,” Davis said. “And even if you die, you’re going to be holding hands with God for eternity. That’s what it means to me and every veteran I know, it means the same.” MORE