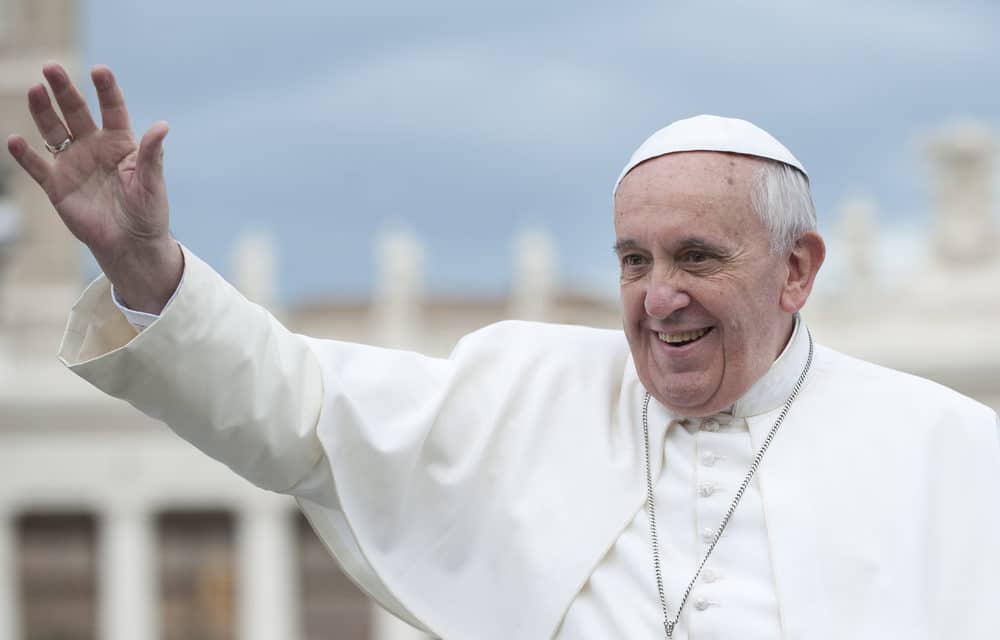 OPINION (BIN) – Historically, the Vatican was no friend to the Jews but its new initiative aligns the Catholic Church with Islam in a one-world religion that may be the biggest threat ever to the Jewish People. A major event to advance the project will take place on the anniversary of the birth of the State of Israel which, according to one rabbi, is fitting since Judaism is the last bastion, entirely incompatible with a New World Order.

At an address to Vatican diplomats last month, Pope Francis announced that the Vatican will be hosting a global event with titled,  “Reinventing the Global Compact on Education.”  “A global educational pact is needed to educate us in universal solidarity and a new humanism,” the Pope said when he first proposed the summit.

A Vatican-backed website to promote the pact added: “Educating young people in fraternity, in learning to overcome divisions and conflicts, promote hospitality, justice and peace: Pope Francis has invited everyone who cares about the education of the young generation to sign a Global Pact, to create a global change of mentality through education.” FULL REPORT