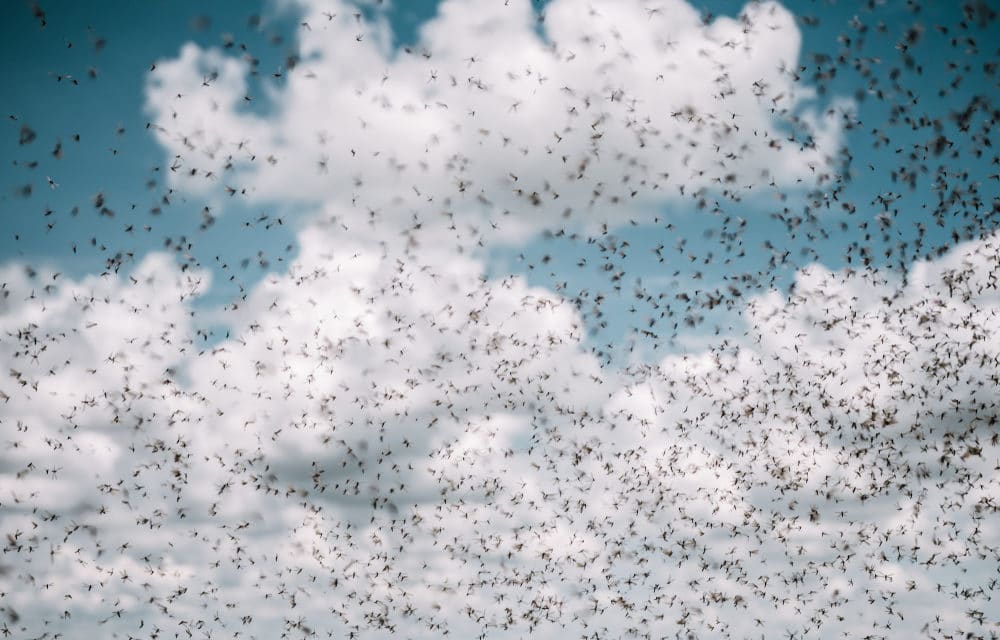 (ETH) – The plague of locusts has reached Pakistan as millions of the insects have left crops devoured in the wake of their devastating rampage and forcing the Pakistani government to declare a national emergency.  According to reports, Millions of locusts descended in the Punjab province, the country’s main agricultural region, and in cities across the Pakistani-Indian border.

Authorities are calling this invasion the worst locust attack in decades. Pakistan’s Information Minister Firdous Ashiq Awan said: “We are facing the worst locust infestation in more than two decades and have decided to declare a national emergency to deal with the threat.” immediate measures are being implemented to try to prevent destructive cop failure. The country’s Food Security Minister Makhdoom Thurso Bakhtiar described the attack as “unprecedented and alarming”.